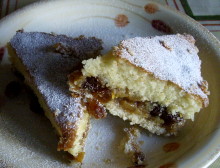 Preheat the oven to 180 degrees C 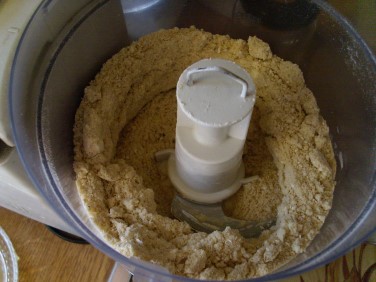 Place the flour, oats, butter and sugar in a food processor and run it for about thirty seconds, until mixed to a fine crumb texture.

Add the water - just a very small amount - and run again briefly to mix in. Don't add too much water or it will form a ball of pastry dough - we don't want that, we want it to stay fairly loose. 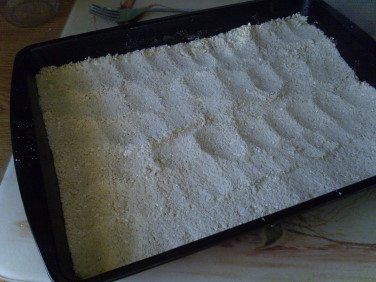 Lightly grease or oil a metal baking pan. Tip in the mixture, then spread it out evenly and press down a little with the back of a spoon.

Place in the oven and set a timer for 10 minutes. 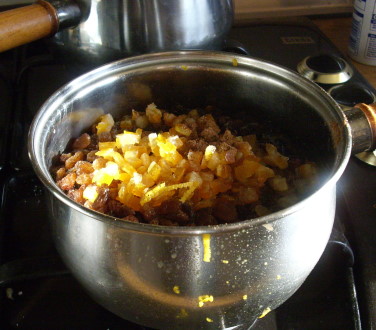 Place all of the filling ingredients in a pan and bring gently to a simmer, stirring occasionally.

Simmer for a few minutes, then turn off the heat, cover with a lid and leave until all of the liquid has been absorbed. 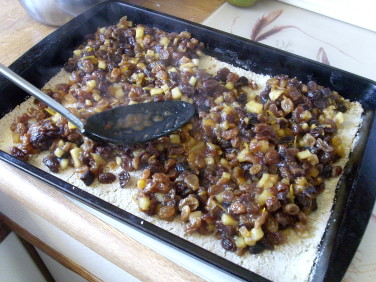 When the base comes out of the oven and has cooled a little, spread the filling mixture evenly on it.

Prepare and add the topping: 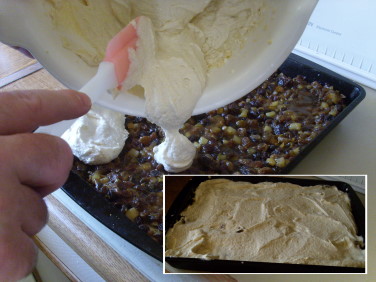 Spoon the mixture over the top of the filling, then spread it out evenly (don't overdo the spreading, or you will find that pieces of fruit start to be drawn up through it).

Bake in the oven for 20 -25 minutes, or until the top is evenly golden-brown. 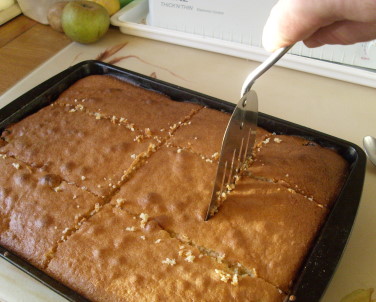 Remove from the oven and allow to cool for twenty minutes or so. Then cut into portion-sized pieces, but do not remove from the the tray until completely cooled. 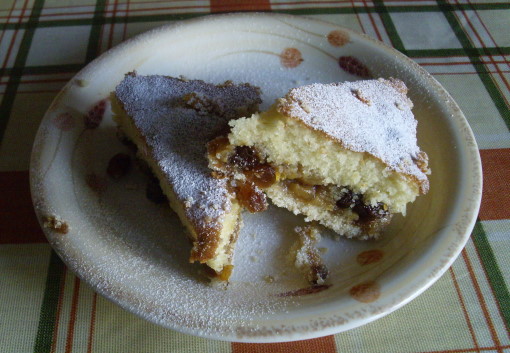 The base is something I have been experimenting with recently - it's essentially a pastry mix that is baked without ever having been formed into a ball of dough and rolled out - the result is a light, very crumbly crust.

The filling used here could be described as 'mincemeat' - a term that can cause some confusion, as modern mincemeat contains no actual meat - just a mixture of dried fruits, sugar and spices.

However, it was not always so - it used to be the case that mincemeat really did contain minced beef - mixed with dried fruits and spices - partly because this would help to preserve the meat, but mostly because the distinction between sweet and savoury dishes just didn't exist in the form it does today.