On the rocks at Firemore Sands on the Gairloch Peninsula, I found some large specimens. 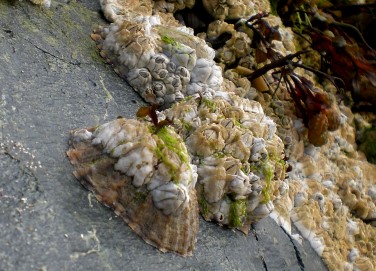 Clearly these molluscs are a few years old, as some of them were heavily encrusted with barnacles - others had long strands of seaweed anchored to their deeply conical shells. 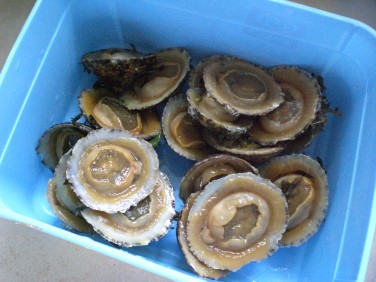 I gathered a few limpets in a flexible plastic box.

(If you put them in a rigid bucket, they can clamp onto the inside surfaces and may be very difficult to dislodge). 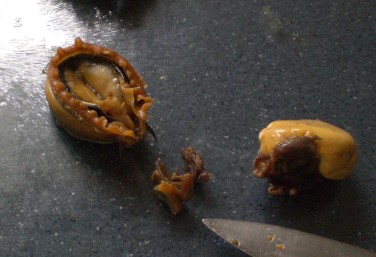 I boiled the limpets to remove them from their shells, then trimmed away the muscular foot from the sac containing the internal organs

in most of the limpets, as well as the dark-coloured gut, there was a large creamy-orange organ with a spongy texture like chicken liver.

I assume this must be a gonad - and would probably be very good eating (but that experiment can wait until another occasion).

I also sliced open the heads of the limpets and removed radulae(tongues), as they are gristly and the ends are tipped with gritty scales - I can't imagine them being pleasant to eat. 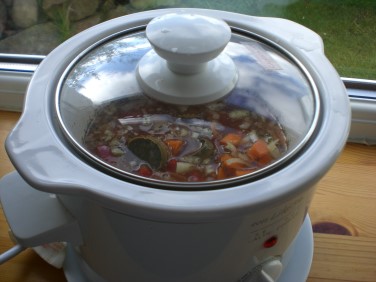 I simmered the prepared limpets in the slow cooker along with some onions, garlic, herbs, paprika, tomato paste, stock and dry cider (I'd have used wine, but had none to hand). 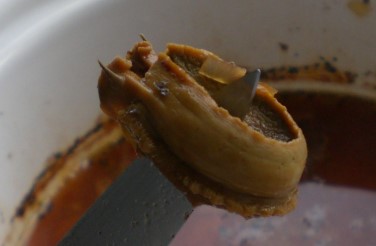 About 6 or 7 hours later, the dish smelled really rather tasty, but sadly, the limpets were still really tough.

They had become noticeably more meaty and less rubbery, but they were still very chewy to eat - with a texture like cheap, badly-cooked steak.

The flavour had suffered in the long cooking and was pretty ordinary (although the cooking liquor would probably now make a fine stock for Paella or something.

So... I've still yet to find a way to make limpets truly palatable - it has been suggested that I mince them finely, but I can't help thinking that's going to be like eating that rubbery tarmac substitute they put down at children's playgrounds.

Maybe the par-boiled limpets can be ground very finely and then brought back together like surimi ('crab sticks'), but maybe it's all just too much effort. Limpets spend nearly all their lives clamped hard onto rocks - I think that muscle is just too well-toned to be cooked tender.