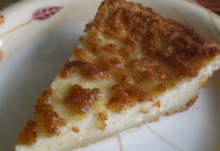 This is a baked custard pie with a difference - because it essentially makes itself. All you do is mix all the ingredients and bake - and when it comes out, it has a soft pastry crust on the bottom, and a moist wobbly custard filling on top. 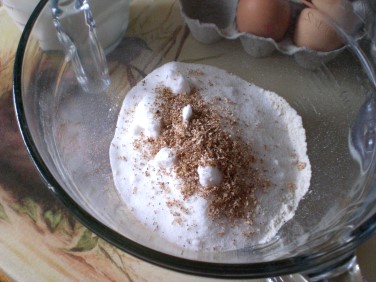 Put all the dry ingredients in a large mixing bowl.

Rub the inside of an 8 inch (20cm) flan dish with butter. 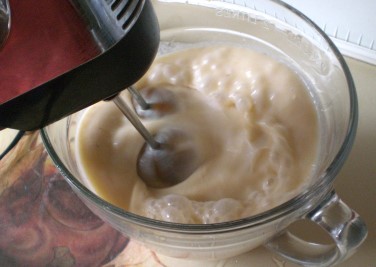 Melt the butter over a gentle heat, or by placing it in a cup in the microwave for 30 seconds.

Add the butter, and all of the other ingredients to the bowl.

Using a large balloon whisk or electric mixer, whisk the mixture until it forms a smooth, consistent batter texture. 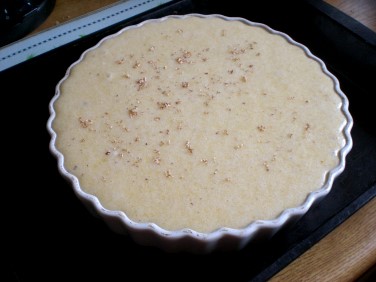 Place the buttered flan dish on a tray (in case of spills during cooking).

Pour in the mixture and allow it to stand for a couple of minutes.

I added a little more shaved nutmeg at this stage, but it's not really nevessary. 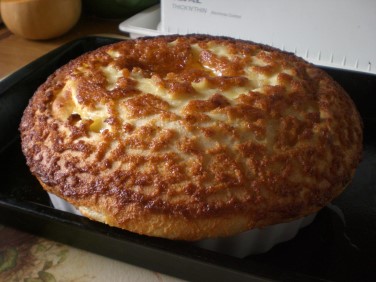 Towards the end of cooking, the filling of the pie will start to puff up quite noticeably - starting at the outside edge and progressing in toward the middle.

By the time it's risen all the way to the centre, it's done.

Sadly, this very impressive souffle - like appearance doesn't persist - after a few minutes, it will sink back down to look more like a pie. This is normal.

Leave to cool for at least half an hour. The pie can be served warm, room temperature or chilled. 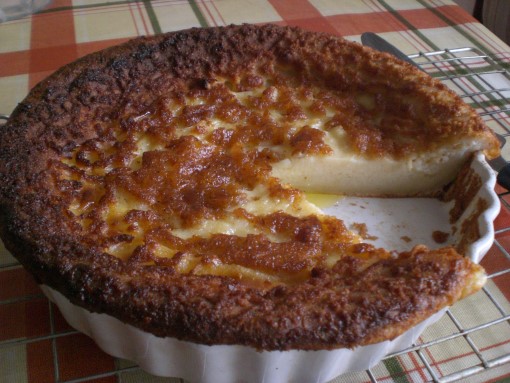 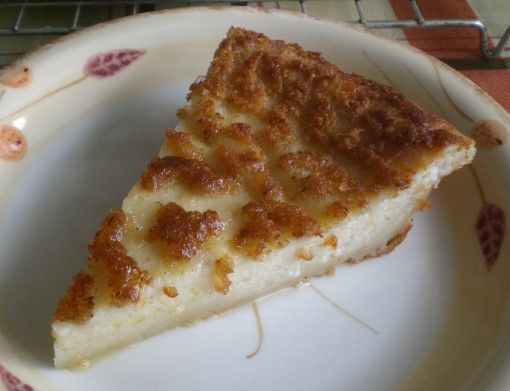 Although all of the ingredients are mixed together into a uniform batter, it starts to separate into layers almost as soon as it's poured into the dish - the flour settles into a layer along the bottom, leaving a sweetened egg and milk custard mix above. The nutmeg floats up to the top.

This is a simplified version of a popular recipe called Impossible Pie, which normally also contains dessicated coconut and/or flaked almonds - either of which will float to the top of the custard to form a crispy topping.

To make this recipe into Impossible Pie, just add 50g of dessicated coconut or flaked almonds (or 25g of each).