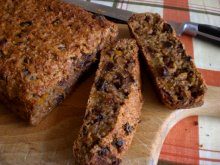 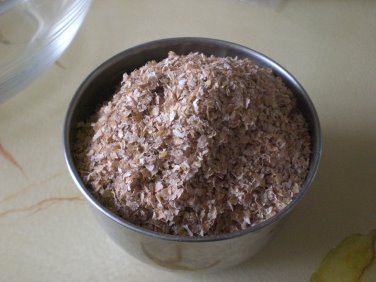 This recipe uses a standard measuring cup for all ingredients but the apple and the spice - a large drinking mug will do just as well if you don't have a measuring cup.

Measure out one cup each of raisins, brown sugar, grated raw carrot and wheat bran into a mixing bowl. Add the teaspoonful of spice.

Any unsweetened all-bran breakfast cereal may be substituted for the loose bran. 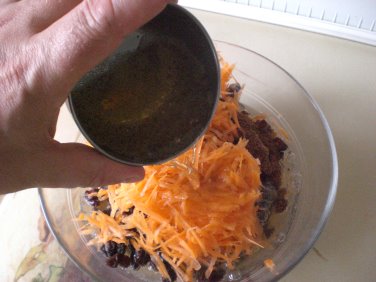 Pour over the cupful of cider and mix thoroughly.

Press and scrape the mixture down so that none of it is sticking to the sides of the bowl (where it would just dry out), then cover the bowl with plastic film. 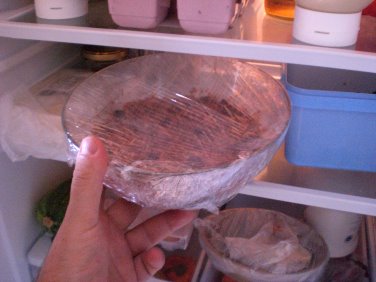 Place the bowl in the fridge for at least 6 hours (ideally, overnight). 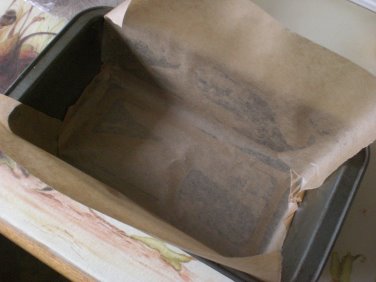 The next day, line a baking tin with greaseproof paper or baking parchment. 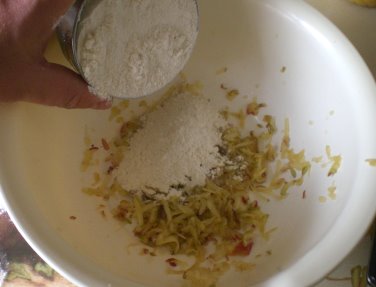 Grate the apple into a large mixing bowl (I just grated it straight off the core without even peeling it). 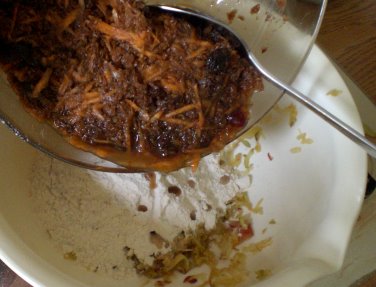 Retrieve the other mixed ingredients from the fridge and add them to the bowl, then mix very thoroughly until completely combined. 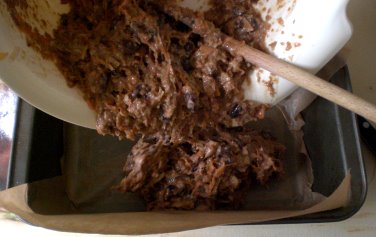 Transfer the final mixture into the baking tin and spread it out evenly.

Place in the oven and bake for 40 minutes.

When it's done, the top will be golden brown and slightly crisp - if not, put it back in the oven for another few minutes and check again.

When cool enough to handle, remove from the tin and peel off the paper, then place on a wire rack to cool completely. 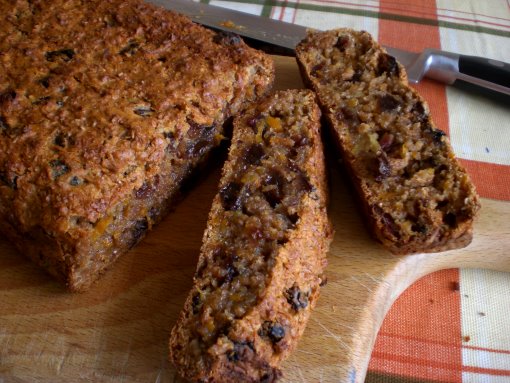 The cake is rich and tasty enough to eat all on its own, but can also be served sliced with a little butter (obviously, it won't be fat free any more if you do that though!)

Even Better The Next Day

This is one of those cakes that improves when stored. The day after baking, it becomes softer and the flavour of the fruit and the cider seems to develop.

This recipe calls for a cup of cider - used to soak the first stage ingredients overnight.

By cider, I mean the alcoholic stuff made from pressed apples - and ideally, one that's made with at least a nod to the traditional methods and standards of cider-making. 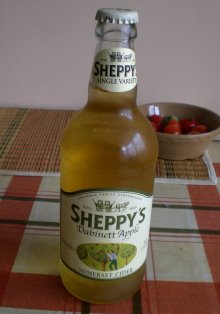 I used this one, which I bought direct from the maker in Somerset whilst there on a recent camping trip. The recipe only calls for one cupful of the cider, so the cook gets to drink the rest of the bottle - them's the rules!

If you don't want to use cider, apple juice or pretty much any other fruit juice would probably work just as well.