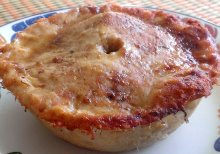 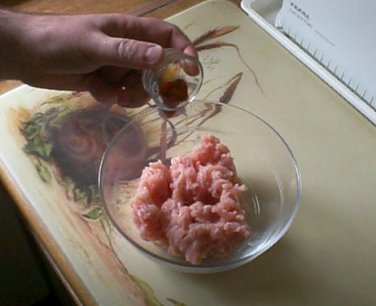 I started by making a steak and kidney pie filling to exactly the same recipe as the pie on this page.

But instead of a pastry case, the crust for this pie was going to be made from meat - so I took about 250g of minced turkey breast and seasoned it with a generous pinch each of cumin and paprika, plus a pinch of turmeric to give it a nice golden colour. 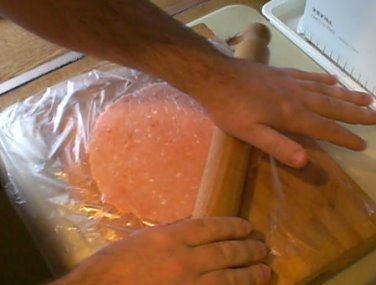 I divided the turkey mixture into two, then divided off one third of each piece (i.e. divide the halves into a big bit and a smaller bit).

I formed the larger piece into a ball, then rolled it out between two sheets of plastic film.

Leaving one layer of plastic on like this makes the delicate disc of flattened meat easy to handle without tearing it or putting a finger through accidentally. 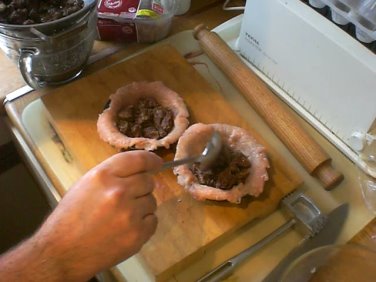 I spooned in some of the steak and kidney pie filling mix, then added a little gravy. 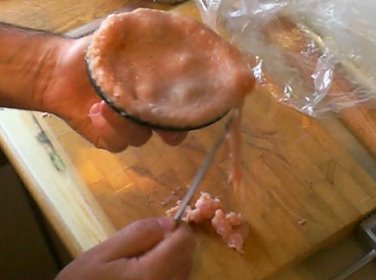 I rolled out the smaller portion of turkey in the same way and (again, leaving one side of the film in place) draped it across the top.

From then on, I treated it exactly like any other meat pie - trimmed the edge with a sharp knife to remove excess crust, crimped the lid into place, pierced a hole in the centre and placed in the oven (180C) for 40 minutes. 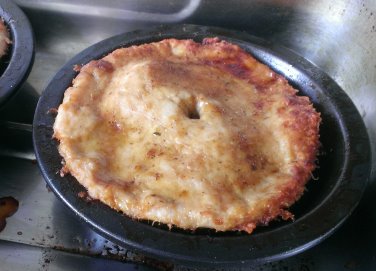 I was pleasantly surprised by just how pastry-like it looked when it came out of the oven - but be not deceived - there is no floury crust here - this is all meat. 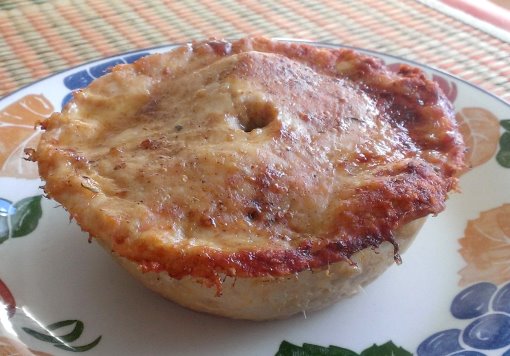 Eating The All Meat Pie 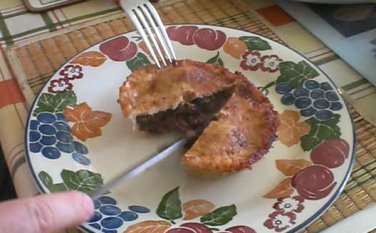 I'm calling this experiment a complete success - the pie held together, looked like a pie should, and was delicious to eat.

(It may look in need of a little gravy in this picture (I had plenty spare set aside in a jug) - I did deliberately leave it short of gravy because I anticipated that the meaty crust would shrink and I didn't want it just to squirt all out of the top.

If I make this again, I will probably inject some additional gravy through the top vent after cooking.

The Inside Out Pie

Now here is a pie made inside out - the crust is made from seasoned ground beef - filled with dumplings and gravy. 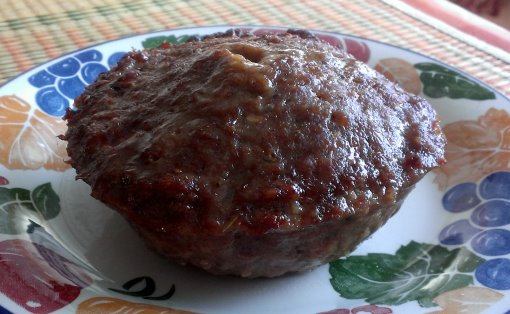 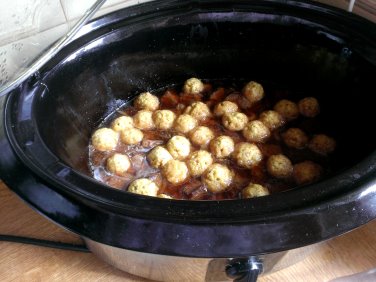 I started by making a steak and kidney pie filling to exactly the same recipe as the pie on the page 2 of this series.

About an hour before the end of cooking, I added some tiny dumplings - these were made from 25g each of self-raising flour, shredded suet and wheatgerm, mixed together with just enough water to make a stiff dough, then rolled into small balls.

As they cooked, the dumplings swelled and fluffed up to about one and a half times their original size. 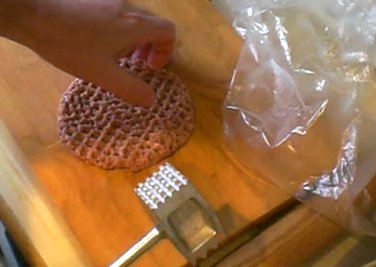 To make the crust for the pie, I cheated a bit - I used shop-bought quarter pound hamburger patties - there just didn't seem to be much point going to all the trouble of mixing up and seasoning my own version of something so readily available.

If I had just rolled the burgers thinner, they would probably just shrink straight back when cooked - so I bashed them all over with a meat tenderising mallet - to break them up first. 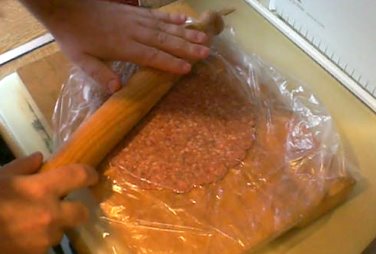 Then I placed them between two sheets of plastic film and rolled them thin with a rolling pin, then peeled off one side of the film (but left the other in place so the thin layer of meat could be handled without tearing it. 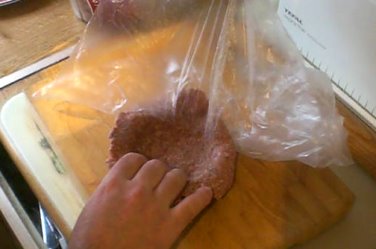 I set the rolled out meat crust inside a greased pie dish and pressed it down into place.

Then I peeled off the second layer of plastic, leaving the dish lined with a thin layer of seasoned ground beef. 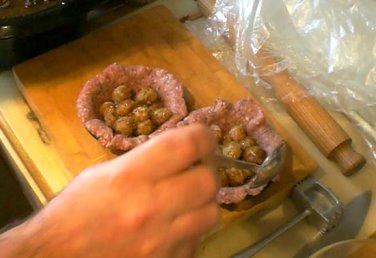 I carefully spooned the small dumplings into the meat pie cases and added a little gravy.

There's not a lot of difference, in terms of ingredients and proportions, between dumplings and pastry - that's why this is an inside out pie - the pastry that would normally form a crust is inside - and obviously isn't going to be cooked crisp, but instead, is made into soft, fluffy little dumplings. 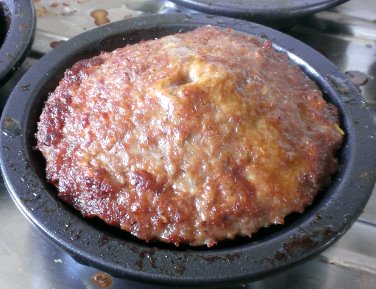 40 minutes in the oven at 180C and the pies were done - browned and tasty on the outside, but what about the filling?

Eating The Inside Out Pie 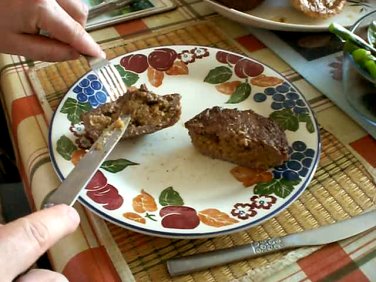 These pies were really nice - the meat crust was cooked, but still tender; the dumplings inside were soft and fluffy.

As with the All Meat Pie above, the shrinkage of the crust does limit the internal capacity for gravy - so this is best added at the point of serving (so after this picture was taken, I poured some extra gravy on that I had set aside during the preparation.