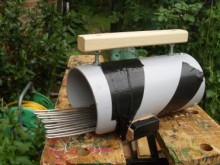 I can't quite decide if Heath Robinson would nod approvingly, or run away screaming - my home made berry picking gadget isn't going to win any design awards, but will it actually work? 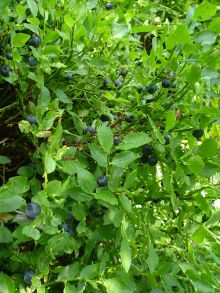 I'm going picking bilberries at the end of June - these little beauties:

Bilberries are, to all intents and purposes, small, juicy, tasty blueberries - also known as blaeberries and whortleberries, they're common on acid heaths, hills and mountains.

They're a proper fiddle to collect though - because they're small, and spread out all over the plant. The normal outcome of a morning's picking is a couple of pounds of fruit (if you're lucky) and fingers indelibly stained a deep shade of purple-blue

It's possible to buy mechanical devices to speed up and simplify the picking - variously known as bilberry rakes, combs or just berry pickers. Because the berries are quite uniform in size and the bushes on which they're borne are springy and slender, the berries can be combed off the plant, with the right apparatus.

Rather than buy a berry picker, I've decided to try my hand at making one. This page details the project. 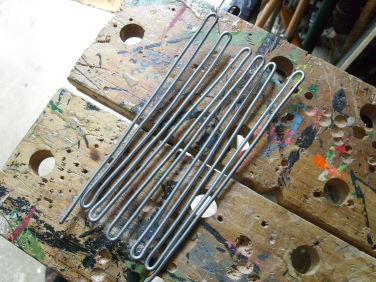 Starting with about four feet of strong galvanised steel wire, I bent it into a zigzag shape.

This will eventually form the prongs of the comb - so I had to be careful here to make the gaps small enough to catch a berry, but large enough not to strip leaves and break stems. 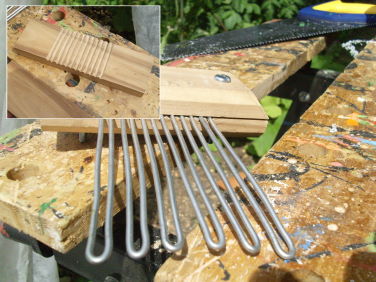 I cut some grooves in a piece of beech (reclaimed timber, from an old pallet), then sandwiched the comb with it - bolting it together very tightly - it has to stand up to a fair bit of abuse. 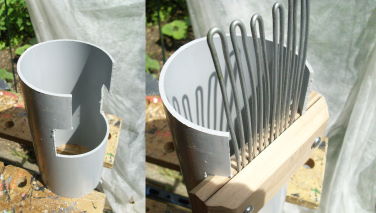 I cut a section of strong PVC pipe, then cut out a space to fit the comb assembly. 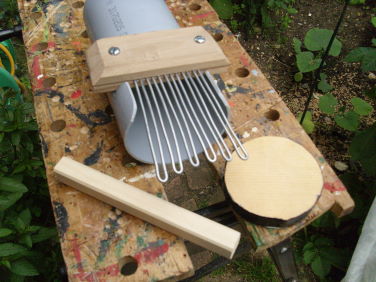 Then I cut and chamfered a piece of batten for the handle, and cut a circular piece of timber to plug the bottom. 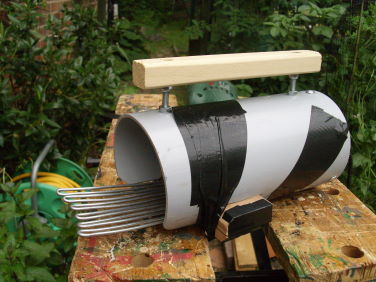 Bolted and gaffer-taped together, the berry picker is finished - can't quite decide if Heath Robinson would nod approvingly, or run away screaming.

My berry picker isn't going to win any design awards or beauty contests, but will it actually work? Check out the test run of this berry picker... 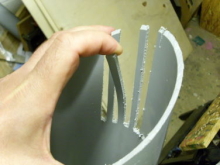 After finishing this, it occurred to me that maybe I could just have made it by cutting the comb prongs out of the side wall of the plastic tube.

I tried making Berry Picker Mk2 this way, but unfortunately, it's not going to work - the plastic is just too flexible when cut into thin strips like that.

So I didn't bother to complete it - but at least it makes me feel better about putting all the effort into bending that wire for Mk1.