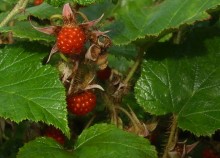 This is urban foraging, rather than true wild food, but it's still a great free food resource - the Chinese Bramble.

What Is The Chinese Bramble?

Rubus Tricolor - You won't find this one growing wild in the UK, except in a few cases where it has escaped from cultivation, however, it is very widely planted in parks and commercial landscaping as ground cover and shrub border infill. 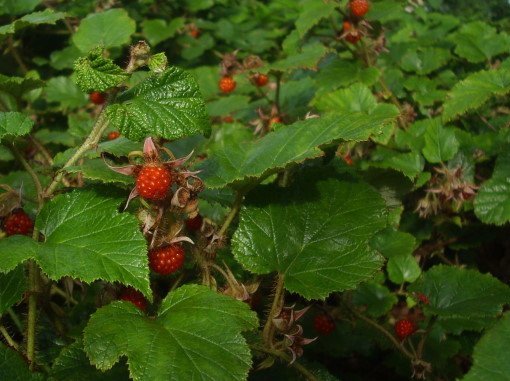 Anyway, back to the description of this plant... 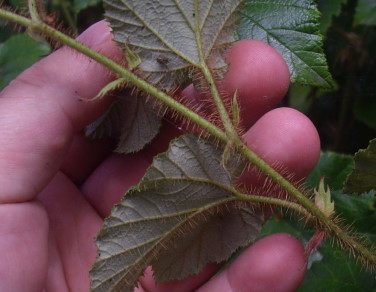 It's an attractive plant with bristly (not thorny) upright stems growing up to about a metre in height.

The attractive, glossy dark green, heart-shaped leaves are borne alternately on the stems and are pale green underneath. 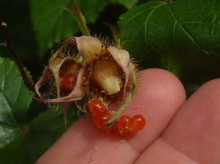 The fruits are translucent orange or blood red in colour, similar to raspberries, except even more delicate and fragile.

It's almost impossible to pick them without some crumbling into individual drupelets - but don't discard these - they're just as edible.

There's no way you could expect to wash the fruits after gathering, so take extra care to pick only good clean specimens - and protect your container to prevent dirt getting in as you work. 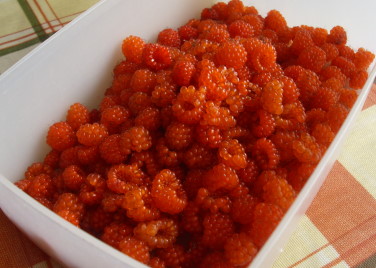 I managed to gather about half a kilo of fruit in ten minutes from a twenty-foot strip of landscaping near a local shop.

The fruits are quite magnificently striking in appearance - like brilliant clusters of little orange jewels - this photo doesn't really do them justice.

They have a pleasant, but slightly peculiar musky aroma - lending an almost tropical note to the flavour, which is overall more delicate and subtle than raspberries. 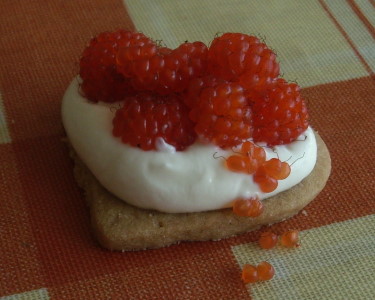 Playing on their somewhat caviar-like appearance, I decided to serve them canapé-style - with Greek yoghurt on thin pieces of vanilla shortbread.

As mentioned, their flavour is quite subtle and easily overwhelmed - so they lend themselves best to simple presentation.