I fancy having a go at metal casting - there are a number of different techniques I could try (and perhaps will, in due course), but I'm going to start by trying the lost wax method.

What Is Lost Wax Casting?

Lost Wax casting is a technique whereby a wax model of the desired finished article is made and is then encased in a mould material such as clay, plaster, or more recently high-temperature silicone rubber.

Once the mould material has set, the mould is heated to melt the wax model and the liquid wax is poured out, leaving a void into which the molten metal can be cast, hopefully in the exact shape of the wax model.

In the case of clay or plaster moulds, the casting will be a one-off, as it is necessary to break open the mould to retrieve the cast metal object. 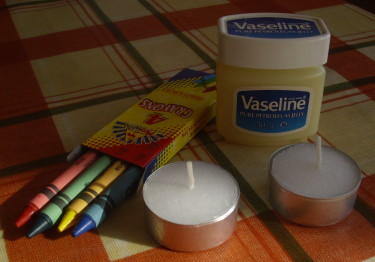 I wanted to make some wax that would be pliable and mouldable at room temperature - I had heard that this was achievable by mixing melted wax with petroleum jelly.

So I started out with two tealight candles (for volume), a box of cheap wax crayons (I reasoned that coloured wax would be easier to see to work with, especially in the details) and a couple of teaspoons of vaseline. 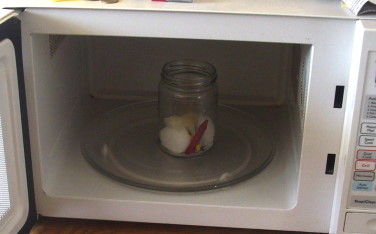 I thought it would be possible to melt it all in the microwave, however, it didn't really work - the glass jar got hot, but the wax didn't (except where it touched the hot jar) 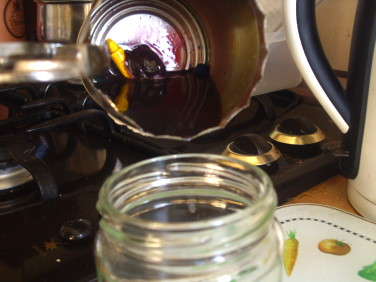 So I resorted to melting it in a soup can over the gas burner.

The blue and red pigments dominated, and I ended up with a dark purple liquid wax. 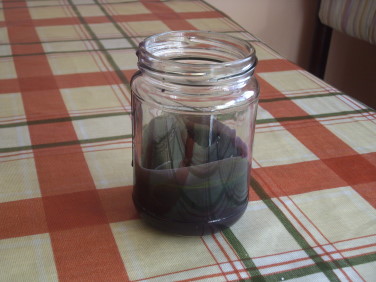 However, when it cooled, it wasn't pliable as I had wanted - it was soft, but soft and flaky, not soft and flexible.

So that's not going to work... What I needed was some sort of mouldable wax - like the stuff you get on the outside of Edam cheese. 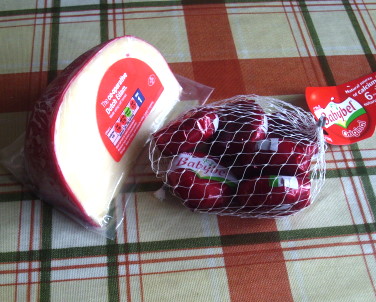 The obvious answer was just to buy some cheeses and save the wax off them, then use that.

So the family was charged with the task of eating some cheese - not exactly a tall order - and I'm saving the wax in a jar on top of the fridge.

After collecting the wax, I neglected the project for altogether too long, but here's what happened next: 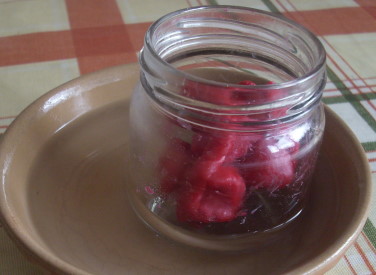 The wax was still a little too firm to be modelled by hand.

I softened it by putting the jar in a dish of hot water. 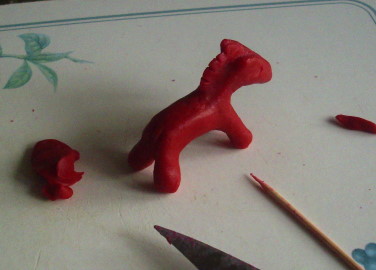 I wanted to make some kind of simple object, so I chose a horse figurine - I made it deliberately primitive and stylised, inspired by prehistoric bone carvings of horses I've seen. 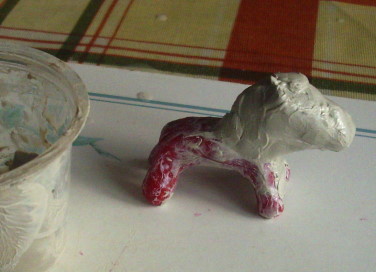 I started covering the model with clay - this is an air-drying mineral modelling clay - from the Early Learning Centre.

I added a little extra water to the first few bits of clay, to soften them so that they would press properly into all the little details. 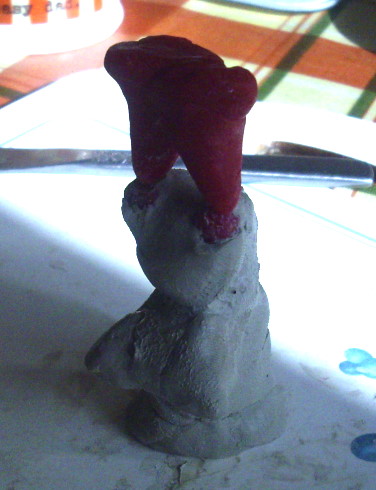 I continued adding clay, positioning the model so that the metal, when it is eventually poured in, will be able to flow naturally downwards into every part.

I added a couple of wax cones at the top - these also will be covered with clay - the void they leave when melted out will provide a funnel into which to pour the molten metal.

This will probably result in an extra bit of metal - called a sprue - sticking out of the cast piece, but this will be cut off during finishing. 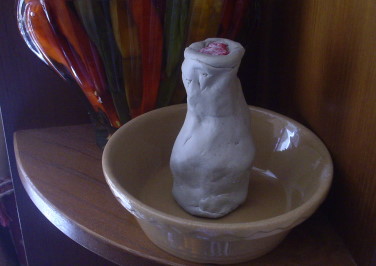 I covered the cones with clay, then flattened off the base so it will stand upright.

It will then need to be dried completely before proceeding to the next step - melting out the wax. 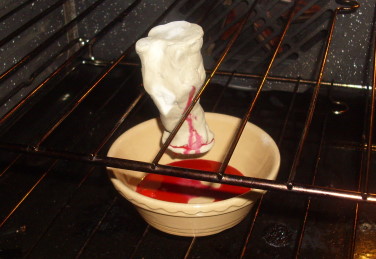 The clay shape happened to fit quite nicely between the bars of my oven shelves - so I cooked it on a low heat (about 120C) for twenty minutes - the wax ran out into the dish below.

A hairline crack appeared in the side, out of which some of the wax leaked. It didn't completely fall apart though, so may still yet be usable.

I waited until all the wax had dripped out, then let it cool before trying to move it. 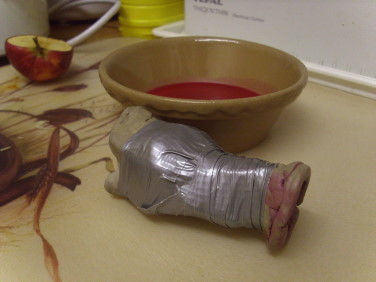 The crack was quite long, but I reckon if I can hold the mould together tightly for a little while, it'll be OK - it only has to survive one casting.

So I wrapped it tightly with duct tape. I'll probably stand the thing up to its neck in a box of sand when I get to the actual casting - tomorrow...

The wax, set in the bowl behind, will probably be re-usable. 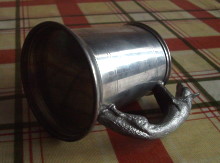 I'm using an old pewter tankard I picked up for a pound in a charity shop - in poor condition anyway and clearly not an antique - given away by the handle, cast crudely in the shape of a fox or wolf. 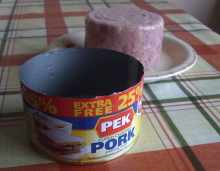 I'll melt the metal in a steel food can - this one has a good, wide base that will fit nicely on a gas stove. 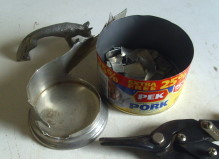 The tankard was really easy to cut into pieces with tin snips - stacked into the tin, it will melt quicker this way.

So that's the mould all set and ready for casting - continued on the next page...