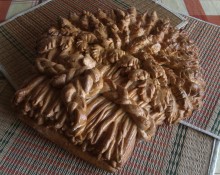 In order to make this loaf, you need two batches of basic bread dough, one egg and a little water

I didn't have a bowl big enough to mix a double amount of dough, so I made two separate mixes, then kneaded them together to ensure uniformity 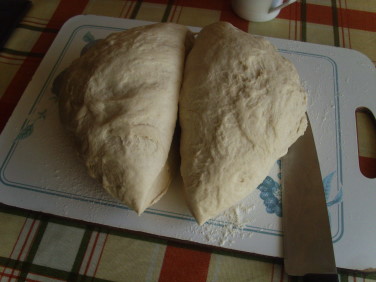 Once it has been kneaded and has risen the first time, divide it and set one half aside 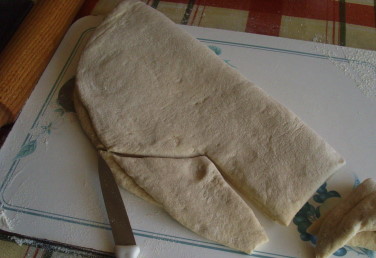 Roll out one half of the dough into a large oval shape, as big as will fit on a cookie sheet

Shake some flour on the rolled dough (to prevent it sticking together), then fold it in half lengthways

Cut it so as to make a sort of mushroom shape 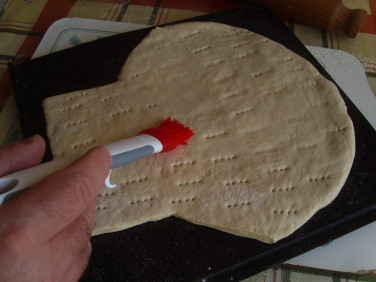 Spread this piece out flat on a lightly-oiled cookie sheet

Prick it all over with a fork, then brush it with water - this will help the rest of the pieces to stick in place

NB: this is a full-sized cookie sheet - 12 inches square - it looks smaller in this picture only because my hand is close to the camera lens

Retrieve the other half of the dough, cut off a piece about half the size of a fist, then divide the rest in half

Set aside one half (and the small piece) 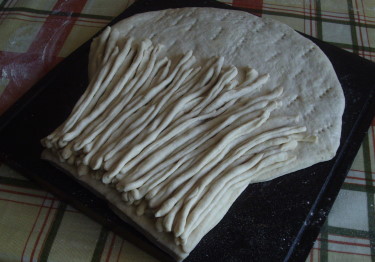 Arrange them on the bottom part of the base section - they should all be fairly even at the bottom end, but the exact placement of the top ends is not critical - aim for a generally fan-shaped arrangement

Brush lightly with more water as you go, to help them stick, but be careful not to squash the stalks out of shape 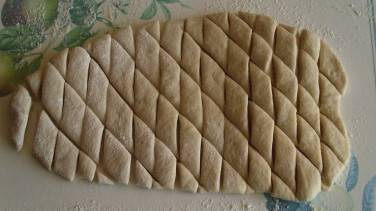 Retrieve the other large piece of dough and cut it in half again, then roll out one half to about a finger's thickness 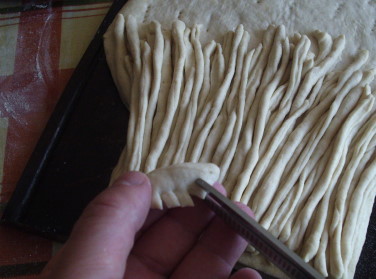 Using the tip of a pair of good scissors, snip a series of short cuts right along both sides of each diamond of dough 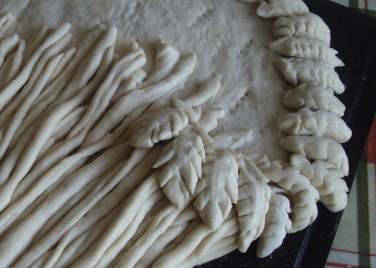 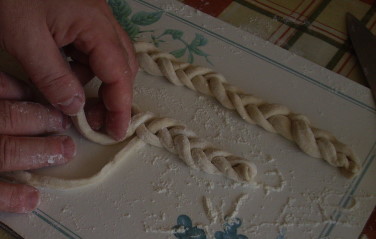 Roll out the last small piece of dough into long strip, then cut it into six thin ribbons

Pinch the ends of three strips together, then plait them - repeat for the other three 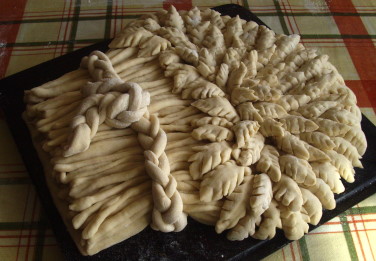 Continue adding wheat ears in concentric rows, toward the middle - when you get to the centre, you might need to cut a couple in half to fill in the last couple of gaps 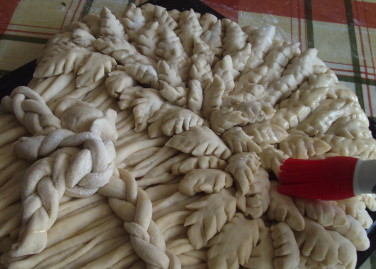 One final traditional touch is the addition of a small harvest mouse, fashioned out of a trimming of dough saved from one of the earlier steps

After the first 15 minutes of baking, remove the loaf from the oven and brush with egg again - the crust should have set by now, so you can brush into every little crevice without fear of squashing any details

Place the loaf back in the oven (the other way around, to help it bake evenly) for another 15 minutes, or until golden brown and glossy all over 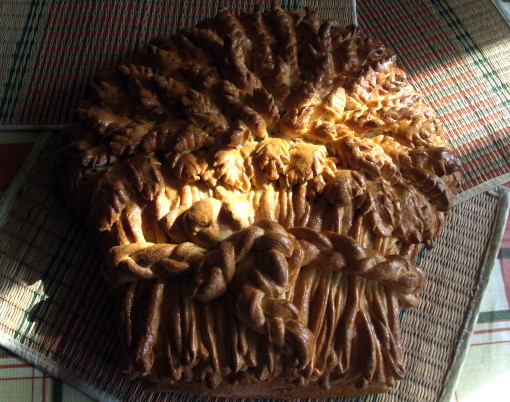 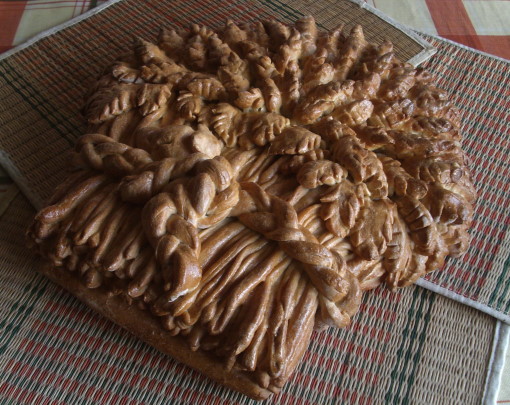