Cerastoderma edule - the Common Cockle is a small bivalve mollusc that lives shallowly buried in sand, mud or gravel throughout most of Northern Europe - certainly all around the UK.

They feed by extending tube-like siphons to the surface of the sand and filtering suspended particles of food (such as plankton) from the water in which they live - for this reason, they are prone to accumulating toxins and pollutants - so they should only be gathered from clean, unpolluted waters, away from outfalls and densely populated areas. 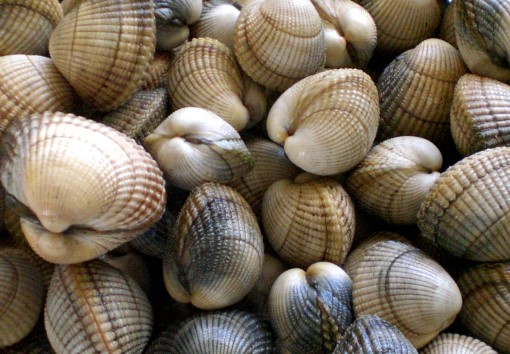 The shell is radially ridged - and I believe the darker circular bands on the shells may be annual growth marks - perhaps representing a period of slow shell deposition in winter. They have a muscular foot which they can extend from the shell to move themselves around in the substrate, or to dig themselves back in if they are uncovered by waves. 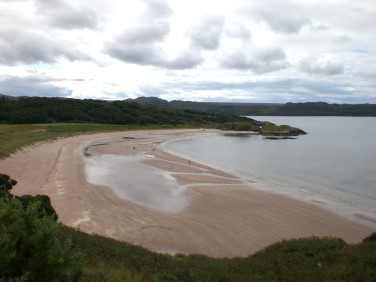 The location was a beautiful, clean, unspoilt sandy beach at Gairloch, Wester Ross.

This is what it looks like, on a busy day. 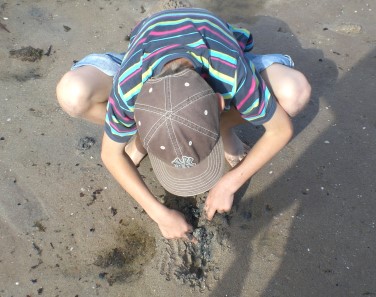 I wasn't looking for cockles at all - I was picking some mussels off the rocks (the larger ones I'd eaten a day or two before had mussel pearls in them - I wanted to see if the smaller ones were better for the table).

My son, David, was rummaging about in the sand - as boys do - and suddenly exclaimed "Hey Dad! Look at this!" 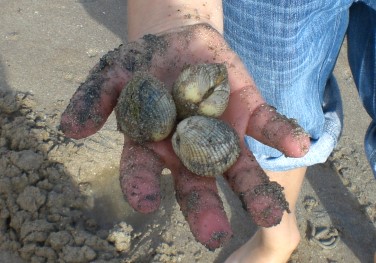 In his hand, he was holding a quite large and obviously live and healthy cockle.

He dug again and straight away, came up with a couple more. I stopped what I was doing and joined him - just combing through the sand at the water's edge as the tide came in.

In the space of ten minutes, we had gathered several kilos of the shellfish - including some quite large ones. 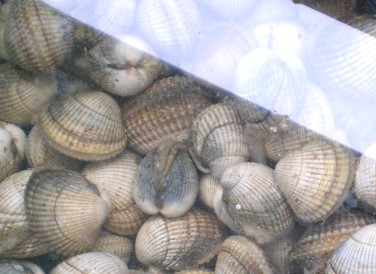 Staying in a holiday cottage right on the shore of a sea loch was perfect here - when we returned home, I filled a bucket with clear seawater and put the cockles in it to rest - they opened up and started siphoning - expelling some grit and sand in the process. 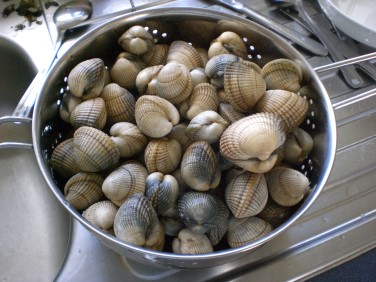 I drained the cockles and rinsed them under the tap.

These were gathered from a really clean beach, so unlike the cockles back at home, should not require unreasonably extended cooking (a good thing too, as it renders them worthless for the table).

I cooked an onion with some paprika and herbs in a big stockpot, then turned up the heat and added the cockles and a splash of dry cider. 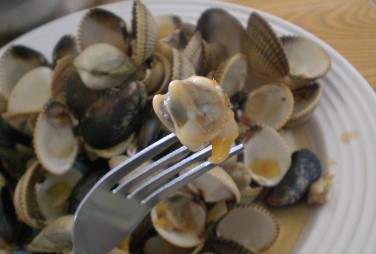 In a few minutes, they were done - the shells popped open and some of the cockle meats inside came loose and fell out.

They're certainly not going to win any beauty contests, but what they lack in appeal to the eye, they more than make up for in flavour and tenderness - I ate them with a few little splashes of vinegar and some pepper - they were fat, succulent and tender - sweet and delicious - with a flavour to rival the mussels I ate along with them.