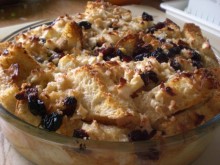 This pudding is an old-fashioned British classic recipe and is a great way to transform the remains of a stale loaf into a delicious and comforting dish. 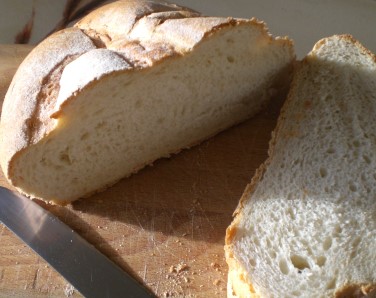 Day-old or stale bread is best for this recipe, as it's easy to cut into chunks and won't compress into doughy pieces if it needs to be squeezed into the dish.

This means the texture will stay open and it will soak up the custard mix, which is essential for this dish to work. 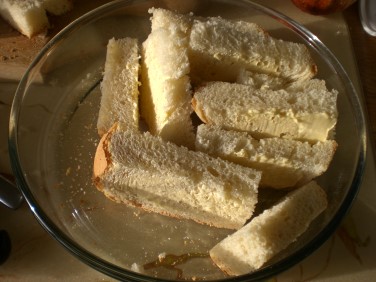 Butter the pieces of bread on one side and arrange them in an ovenproof dish - there's no need to be precise about cutting them - just make them roughly the right size to fit in the dish without sticking up too far.

Once all the bread is arranged in the dish, sprinkle over the dried fruit - I used a mixture of raisins and sweetened dried cranberries - shake the dish a little to allow the fruit to fall down into the gaps between the pieces of bread. 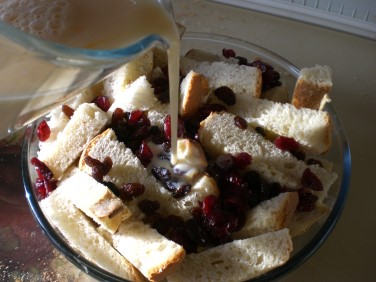 Beat the eggs together with the milk and vanilla in a jug, then pour this all over the bread - try to make sure every piece of bread gets a soaking. 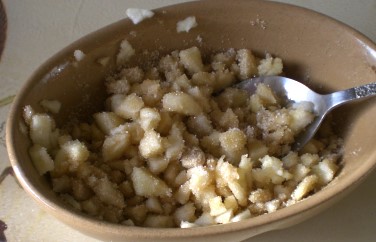 Peel, core and chop the apple finely. Mix together with the brown sugar.

Gently spoon the apple/sugar mix over the top of the pudding - unlike the raisins, you're aiming to keep most of this on top, as it will crisp up during cooking. 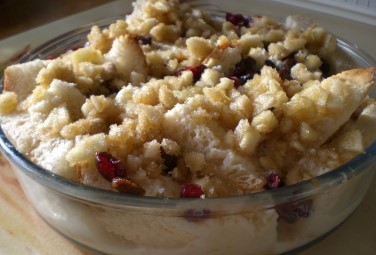 Preheat your oven to 180C - it's OK to leave this until this point in the recipe, as the pudding needs to stand for at least ten minutes before baking, to allow the bread to soak up all the egg/milk mixture.

When the oven is hot, bake the pudding for twenty minutes, or until golden brown on top.

When it's done, the pudding has a sweet, crispy top, but inside, it's soft and moist - like a souffle.

Serve with something creamy - maybe vanilla ice cream, or custard, or just a big spoonful of creme fraiche. 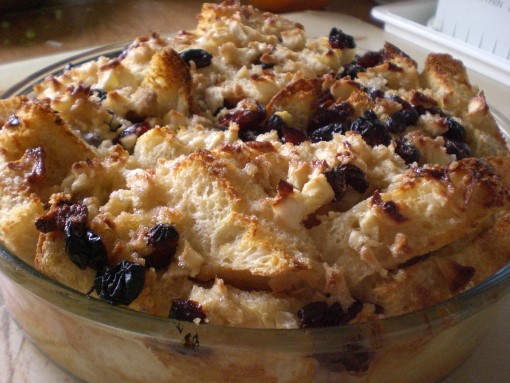 Variations On This Recipe

Any kind of fruit - even fresh fruit such as raspberries or blueberries - can be used instead of the raisins.

If you like cinnamon, a generous pinch mixed in with the apple/sugar topping will be really good. Alternatively, nutmeg has a great affinity with eggs, so will work well here.

To make a really rich and luxurious version, some or all of the milk can be replaced by cream.