Someone gave me a starter for German Friendship Cake - this is a sourdough culture that you feed for a while, then divide and use some, giving other portions of the live starter away to friends.

But what if nobody gives *you* the sourdough starter? Well, don't worry - you can make something very similar, called Billy No Mates Cake.

(This recipe is made across the course of two days) 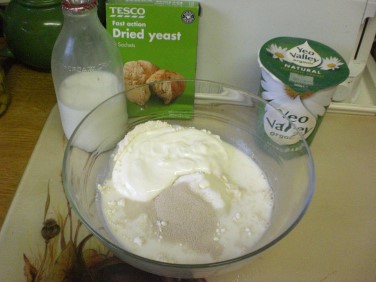 Put all of the stage 1 ingredients into a large bowl.

It's important to use a natural live yoghurt, as this will form part of the quasi-sourdough culture being created here. 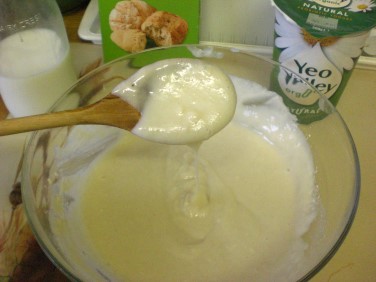 Mix thoroughly with a wooden spoon until fully combined to a smooth batter-like consistency.

If the mixture is too thick to run off the spoon, add a little more milk and mix again. 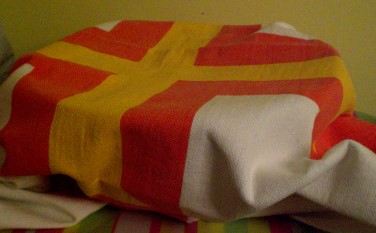 Cover the bowl with a clean cloth and leave it in a cool place for 24 hours. 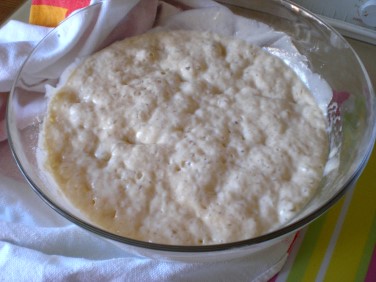 Everyone, say hello to Billy.

After being left alone for 24 hours, the mixture will turn frothy and should smell sort of cheesy and mildly alcoholic like weak beer.

Give it a good stir - the froth will collapse, but the mixture will remain fairly bubbly. 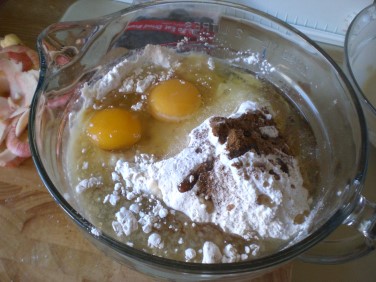 Take half a pint (about 300ml) of the Billy mixture and put it in a large mixing bowl, add all of the stage 2 ingredients.

Mix thoroughly with a spoon until no unmixed pockets of ingredients can be found. The mixture should be soft and semi-liquid, just about pourable.

Empty the mixture into the lined tin and spread it out evenly. 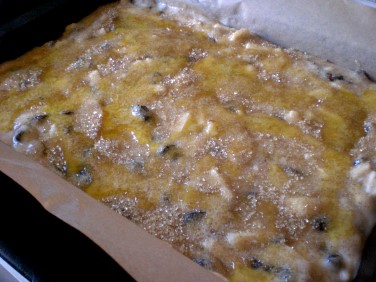 Take the stage 3 ingredients - sprinkle the demerera sugar evenly over the top of the raw cake mix, then spoon on the melted butter as evenly as possible.

Bake in the oven for 30 minutes, then test by poking the centre with a toothpick - if it comes out clean, the cake is done - otherwise, return it to the oven, turn the temperature down to 160C and bake for a further ten minutes (then test again).

When the cake is cooked, lift it out of the tray by the edges of the parchment, allow it to cool on a wire rack until completely cold before cutting into generous finger slices. 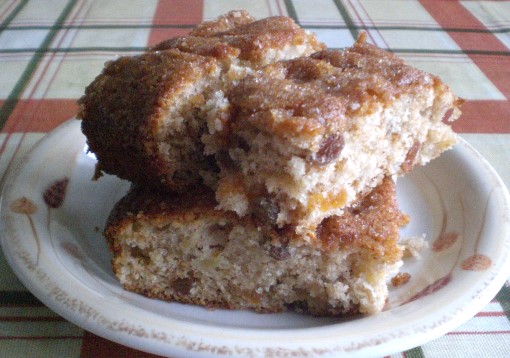 This soft, moist cake will keep for a few days in an airtight container - and I think it tastes better after being stored a day than it does when freshly baked.

This recipe is based on one that was handed to me along with the German Friendship Cake sourdough starter, which the recipe affectionately calls 'Herman'. 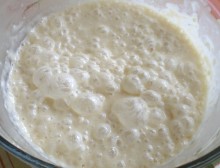 Here's a picture of what Herman looks like at the final stage, just before division and cooking:

As you can see, Herman looks almost identical to Billy, except Billy only took 24 hours to make from scratch, whereas Herman has to be fed and tended for ten days before use.

The recipe on this page should yield enough of the starter culture to make two full batches of cake, alternatively, the other half can be fed by stirring in one cup each of plain flour, milk and caster sugar, every four days (stirring daily on the other three days), to increase it further.

Billy will thus become almost identical to Herman - and portions of it can be given away to friends, starting a brand new Friendship Cake chain - just tell the recipients to observe the feeding instructions detailed above and follow the recipe on this page from stage 2, two days after the second feeding.

The Herman sourdough culture is fed with milk, sugar and flour every four days - rather than being a monoculture of yeast, sourdough starters are more like an ecosystem of yeasts and other friendly microorganisms, such as lactobacilli - that's why yoghurt is used in the starter for this one - to try to broaden Billy's culture to approximate Herman's.

Please Don't Get Angry With Me

Part of the charm of the genuine German Friendship Cake thing is the cementing of friendships that comes with the responsibility of having to keep alive something a friend has entrusted to you - and I can imagine some people might not like it that the recipe on this page just cuts right across all of that, in order to get to the goal.

Except, it doesn't. Because there are still opportunities to build friendships, starting with Billy No Mates Cake - for one, it can be turned into Herman the German Friendship Cake, as detailed above, but also, there's a much simpler way to bring people together - just give them a slice of cake!

Hey! I Thought You Were Metric...

It's a fair cop. I generally use metric weights and measures for recipes I create from scratch, but in this case, I adapted an existing recipe - and there didn't seem much point in converting the cup measurements to an assortment of different weights and volumes.

I used a standard metric cup, which is 250ml, but this recipe is sufficiently forgiving to work well enough with other standards of cup size.

It's possible to make an apple-only variant of this cake - just leave out the dried fruit and use 2 full cups of finely-chopped fresh dessert apple.

Replacing all the fruit with one cup of chocolate chunks plus one cup of raisins and adding two tablespoons of cocoa makes a truly excellent batch of sourdough brownies.

Without any modification or additions, the sourdough starter can be spooned onto a hot pan where it will make thickish pancakes with a spongy, open, bubbly texture, similar to crumpets.