Here's a quick, simple recipe for light, delicate soft semolina cookies that melt in the mouth. 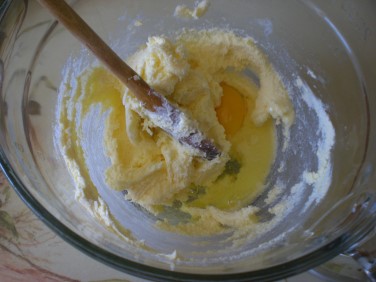 Place the fat, sugar and vanilla in a large mixing bowl.

After blending the fat and sugar, add the egg and carefully mix until an even, creamy texture is achieved. 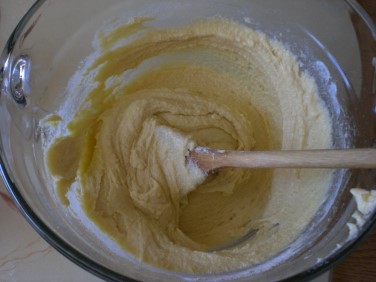 Add the remaining ingredients and mix together until fully blended.

The next few steps are optional - you can just spoon blobs of the mixture directly onto the baking sheet - but I find it easier to get a consistent result by piping it into place. 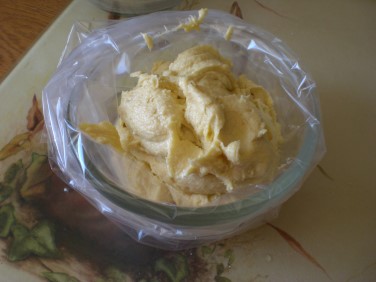 Take a large sandwich bag and drape it over a bowl, to keep it open.

Scoop the mixture into the bag, then gather it up so as to force it into one corner. 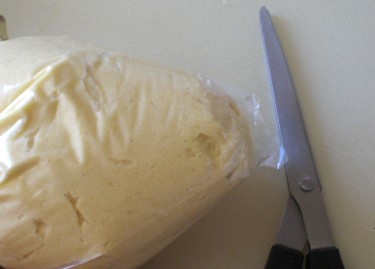 Cut off a corner of the bag, to make a hole about 2cm across.

Be careful not to lose track of the piece you cut off - it won' be great if it ends up baked inside one of the macaroons. 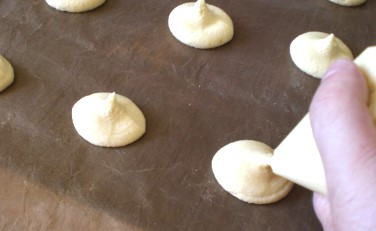 Pipe blobs of the mixture onto the baking sheet - each blob is about a tablespoonful.

Leave plenty of space between them and around the edges - they will spread considerably as they cook. 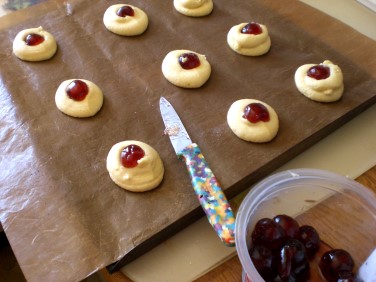 Top each blob of mixture with half a glacé cherry - pressed into place to embed it a little.

Place in the oven and set a timer for five minutes. 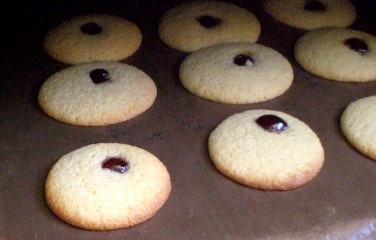 Check to see if they're done - they'll just be turning golden brown at the edges - if not, put them back in the oven for another minute or two, but keep an eye on them, or they will quickly burn. Don't prod them, as they are really soft until cooled, and will just collapse. 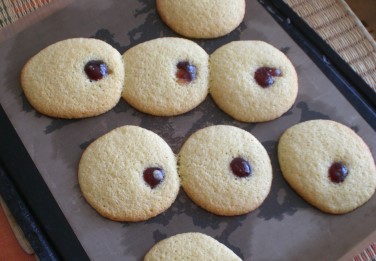 Allow them to cool for at least ten minutes before attempting to handle them - or they'll just fall apart.

Use a palette knife or other flat implement to move them onto a wire rack to cool fully, then transfer to an airtight tin or box. 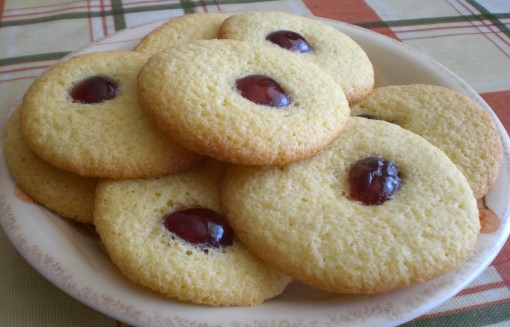 These aren't exactly traditional macaroons - which would normally be made from egg whites and ground almonds, but they are similar in texture and appearance - they can be made with almond extract instead of the vanilla, and topped with flaked almonds instead of (or as well as) the cherries.

Altering the ratio of semolina to flour significantly changes the end product. Using 100g each of semolina and SR flour, they will spread more during baking, brown more easily and be generally more crisp and sugary texture - and that's only a fairly subtle change in the proportions - I've yet to test it further.