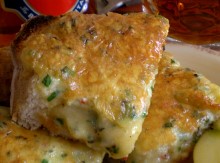 Here's a quick and easy recipe for a delicious savoury rarebit - perfect as a light lunch, or suppertime snack. 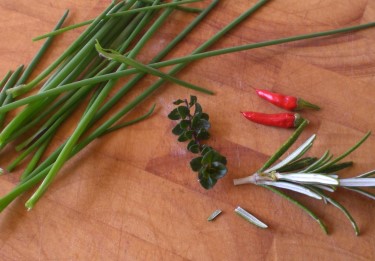 Select a small bunch of fresh herbs - I used chives, rosemary, thyme and for a spicy kick, a couple of bird peppers - they're tiny, but pack a lot of flavour.

Chop the herbs finely (if you're using woody herbs like rosemary, remove the stalks first) and put them in a bowl, along with some fresh ground pepper and nutmeg and a pinch of salt. 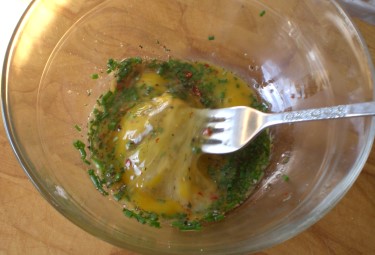 Add the egg and beat it with a fork, mixing in the herbs and spices 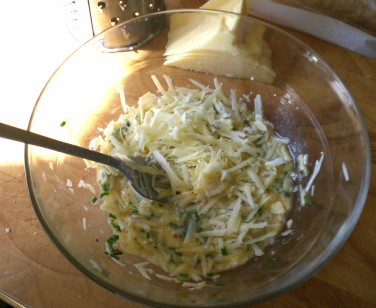 Grate the cheese into the mixture and stir it in.

Depending on the size of the egg, you may need a little more or less cheese than the recipe specifies - aim for a paste-like texture - thick enough that it doesn't run, but soft enough that it falls off the fork easily. 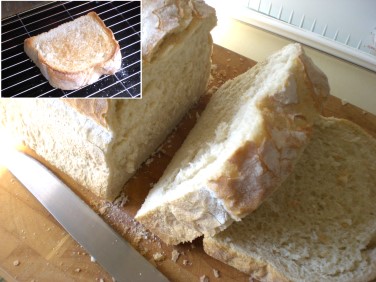 Toast it on one side only, under a grill on full heat. 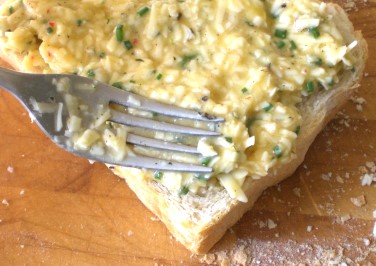 Spread the egg/cheese/herb mixture on the non-toasted side of the bread.

Don't be afraid to load it thick and right to the edges of the slice - it will melt and drip a little bit, but not as much as you might expect. 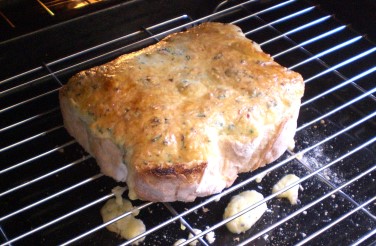 Turn the grill down to medium heat (this is important because you want the topping to cook through, not just crust over quickly).

Toast the topped bread for 5 minutes.

Check halfway through cooking and turn it around if your grill cooks at all unevenly. 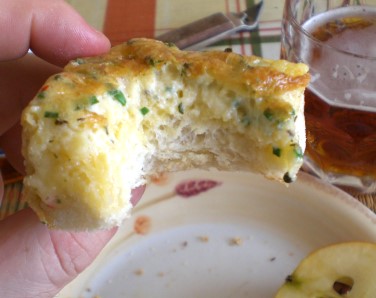 It should come out toasty and crisp on the top, and meltingly, creamily luscious on the inside.

I served mine with a tasty apple and a cool glass of ale - sort of ploughmans style - this was a delicious and satisfying combination. 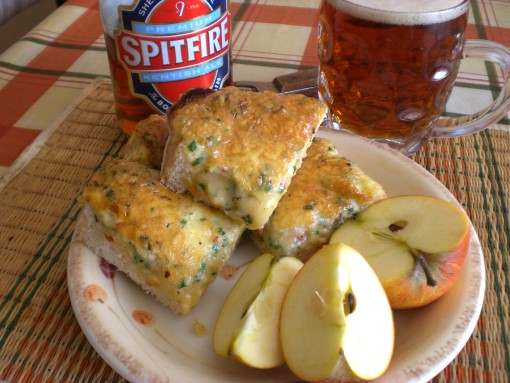 Rarebit is a catch-all term for a dish employing melted cheese - the most famous example of which is Welsh Rarebit - which usually comprises a cheesy béchamel or fondue-style sauce, poured over toasted bread - and not always subsequently grilled or toasted.

So, It's Cheese On Toast?

Yes, and no. Grilled cheese on toast is a great simple, tasty snack, but rarebit is more of a light meal. This recipe isn't exactly a purist's rarebit, as it's all cooked directly on the bread, under the grill, but it's not just cheese on toast either.

This sounds very tasty and easy, but I think I'm confused about toasting 'under a grill'. Maybe my idea of a grill is different? In my mind a grill is heated from the bottom (eg. like a barbeque) and therefore I can't put anything under it (unless I wa

You're quite right, Obax - this is one of those transatlantic terminology differences - cook this under the broiler (in the UK, this is called a grill)

Ah, I see. Thanks much for clearing that up. Now I not only know a new recipe but also a fun fact to impress my friends with!

I never knew what a broiler was. This site is an education :D