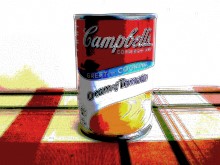 This is a recipe sent in to Atomic Shrimp by email - Tomato Soup Cake - that's right - it's cake, and one of the main ingredients is a can of tomato soup! 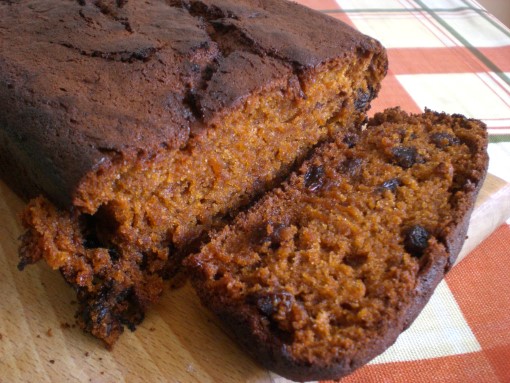 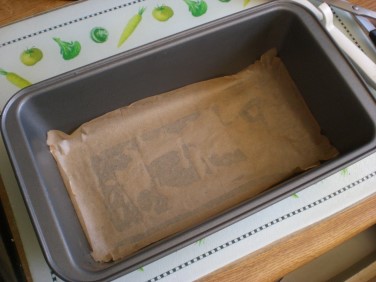 Grease a large loaf tin and line the bottom with parchment or greaseproof paper. 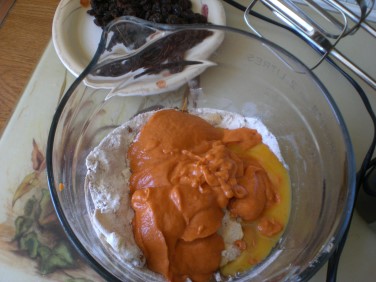 Set aside the raisins. Place the dry ingredients in a large bowl and mix them together with a table knife.

Add the egg, fat, and tomato soup, then beat together with an electric mixer until smoothly and evenly combined.

(If you don't have a mixer, use the traditional method - first, combine the sugar and fat, then mix in the egg, then the soup, then add in the combined flour/spices/bicarb in batches until smoothly combined. 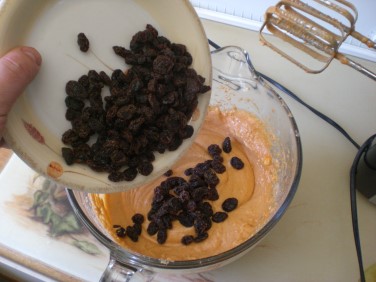 Add the raisins and mix them in. 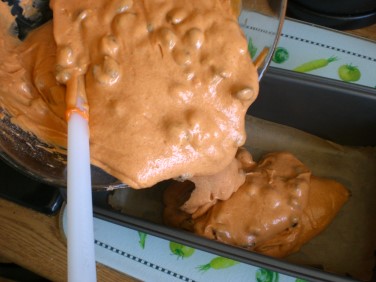 Pour the mixture into the loaf tin and spread it out evenly.

place in the preheated oven and bake for an hour (set your timer for 40 minutes and check after that interval in case you have a fast oven, or in case the tin needs rotating to evenly brown the cake. 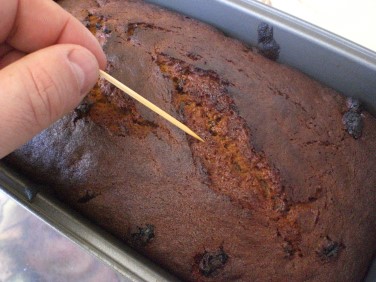 Test by poking with a wooden toothpick or skewer in the middle of the cake - if it comes out clean, it's done.

Run a knife around the edge of the tin whilst still hot, to release the (unlined) sides, but don't try to turn out the cake until it has cooled further.

Allow to cool for at least 15 minutes, then turn out onto a wire rack and leave for another 5 minutes. 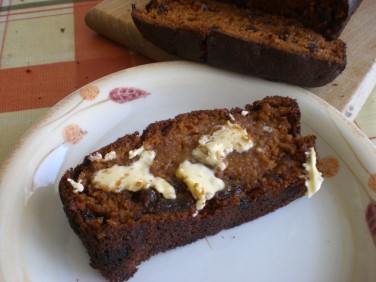 The end result doesn't really taste of tomatoes, in fact, I'd be surprised if anyone would guess this cake contains tomato soup - it just tastes rich, with a sweet malty-caramel flavour.

This recipe was emailed in by Terry, whose mother used to make it back in the 1960s - he says he remembers being told to "save some for later". I can just imagine it - as this is a delicious cake and it's hard to walk away from. Just another slice...

So thanks Terry, for passing on this recipe. I think it's going to become a favourite for me.

I do have to confess, I adapted the method a tiny bit for this cake, as the original said to mix the bicarbonate of soda into the soup - which didn't seem to make sense to me, as I think the acidity of the tomatoes would activate it before the mix is complete.

I mixed the bicarbonate of soda with the dry ingredients. Actually, I suspect this recipe would work just as well omitting the bicarb and using self-raising flour instead.

This recipe calls for three individual ground spices. These can probably be quite adequately substituted with an equal (total) quantity of ground mixed spice (common in the UK, not sure about elsewhere), which is typically a mixture of the three spices prescribed her, plus Nutmeg and/or Mace. 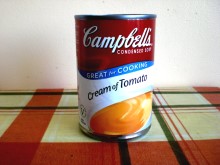 Yes, really. If you look at the ingredients on a can of cream of tomato soup, after tomatoes, it's sugar, cream, whey - not especially savoury ingredients - and the soup itself is quite sweet to taste even when eaten as soup.

During cooking, that sugar caramelises and the cake ends up tasting fruity (that's the tomatoes and the raisins) but with an intensely malty-caramel flavour.

Do You Have A Favourite Family Recipe?

If you've got a favourite recipe that you'd like to share - especially if it's a bit weird - I'd love to hear about it.