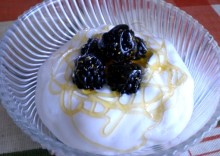 Making yoghurt is an easy way to use up a surplus milk. With a little care and experimentation, you can tailor the end product to be exactly the way you like it. 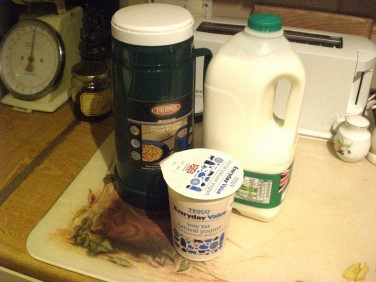 You'll need milk (obviously) and a starter culture - this usually consists of just a couple of spoonfuls of plain natural yoghurt bought at the shops.

You'll also need something to maintain the right temperature (a wide-necked thermos flask is ideal) and a thermometer, to get the temperature right in the first place. 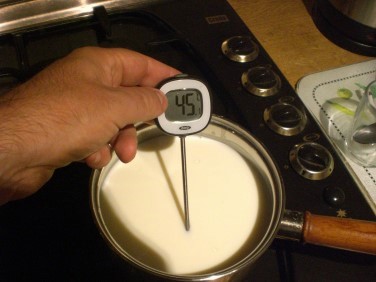 Measure the right amount of milk by filling the thermos - then empty this into a pan and warm it over a gentle heat. 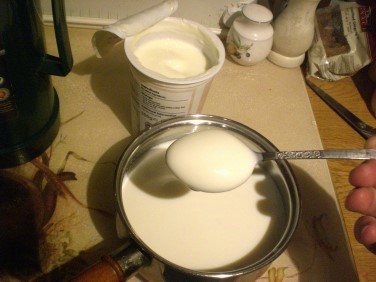 Add a couple of tablespoons of plain yoghurt to the warmed milk, then whisk thoroughly to mix.

This is the live starter culture that will grow in the milk to turn it into yoghurt - a couple of spoons should be enough for a pint of milk or so - for a bigger batch of yoghurt, adjust by adding a bit more. 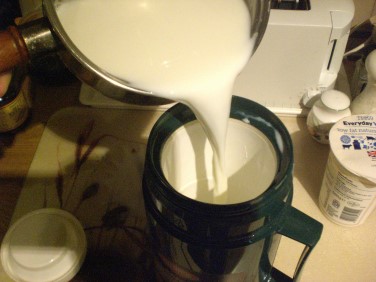 Pour the mixture into the flask and close it with the lid.

Set the flask aside and forget about it for at least 12 hours. 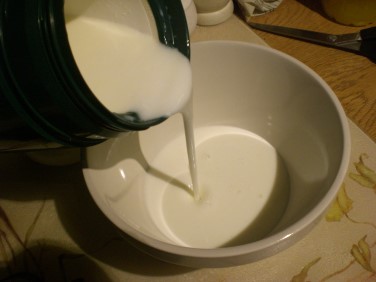 After 12 hours, check the contents of the flask - the mixture should have thickened, but it will probably need longer.

Give it a stir with a long spoon and close up the flask for another 12 hours.

Depending on the properties of your starter culture - it may set into a delicate, wobbly solid, or it may just thicken.

Transfer to a bowl, cover and store in the fridge. 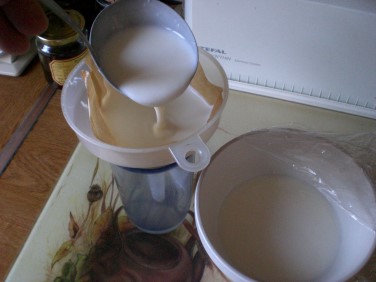 The yoghurt may be just used exactly as it is, or it can be made even more delicious by filtering.

Pour some into a funnel, lined with a coffee filter paper and leave it (in the fridge) for a couple of hours. 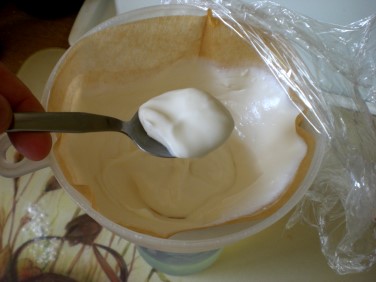 The longer you let it drain, the thicker and more creamy-tasting will the yoghurt be (although there will be less of it).

I left mine until it had lost about half its volume - turning it from a thick liquid consistency into a spoonable, creamy substance. 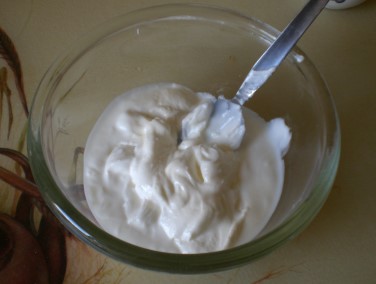 Once thickened like this, the yoghurt is quite stable and will keep in the fridge for several days.

That is, if you can resist eating it...

It can be used in place of cream on desserts, breakfast cereals etc. Alternatively, it can be flavoured by stirring in a little fruit compote or preserve.

I ate some served with fresh wild blackberries and honey - delicious! 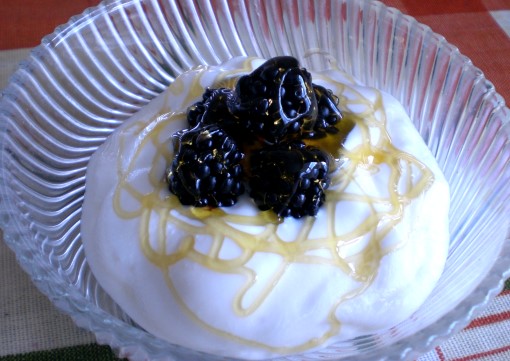 Yoghurt is fairly cheap to buy ready made, and although this method is probably a little cheaper, economy probably isn't the primary driver - this is a way to get involved in the basic production process of your food, and make it exactly the way you want it.

It's also an experiment kids will find fascinating.

You Need Yoghurt To Make Yoghurt?

The bacteria that turn milk into yoghurt are already usually present in fresh milk - if it's kept warm, it will turn into something similar to yoghurt, however, the results are really unpredictable, as other types of bacteria may also be present, and these might just turn it into a stinky, clotted mess.

Shop-bought yoghurt is cultured using carefully selected strains of bacteria - and this is why a couple of spoonfuls of plain yoghurt are used to inoculate the milk when making yoghurt at home. Once you've made your first batch though, there's no reason why you can't use a little of that to start the next batch, and so on.

There's a possibility of accidentally culturing harmful micro organisms when making yoghurt - some recipes suggest heating the milk to near boiling, then allowing to cool before inoculating with the starter - I tried this once, but found it too easy to burn the milk, adding a 'cooked' flavour to the yoghurt.

This time, I took a calculated risk and just began with Pasteurised milk, warming only to the incubation temperature.

This is awesome, and I intend to do this on the upcoming weekend. Will it work with 'Greek Yogurt', which is currently insanely popular here in the US?

Greek Yoghurt should be fine as a starter - in fact, it's more or less what I ended up with - the key difference between Greek style yoghurt and ordinary is the filtering.