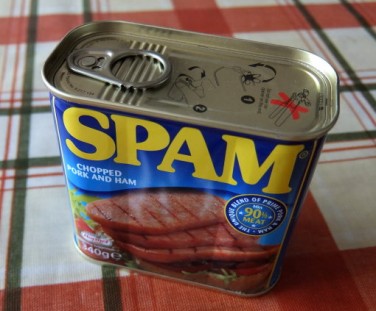 I started, obviously, with a tin of Spam.  Guaranteed 90% meat! 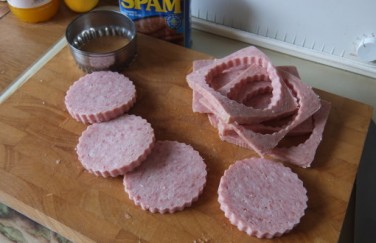 Cutting the Spam down its longest axis, I got 4 generous slices out of a standard tin.

The trimmings won't go to waste - I put these on a plate in the fridge and someone will just have to assemble a jigsaw if they want them in a sandwich. 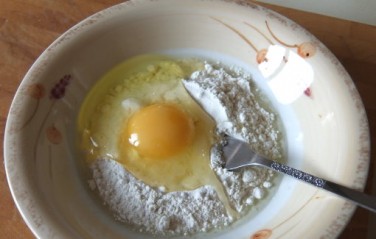 I made a simple batter out of one egg and a few tablespoons of self-raising flour - just enough flour to make a thickish, clingy mixture. 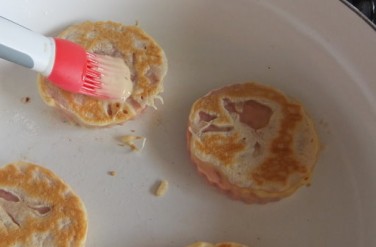 I dipped the Spam slices in the batter and shallow-fried them.

After flipping them over, some  voids were evident in the batter, so I brushed some more mixture into the holes and flipped again to fry them off. 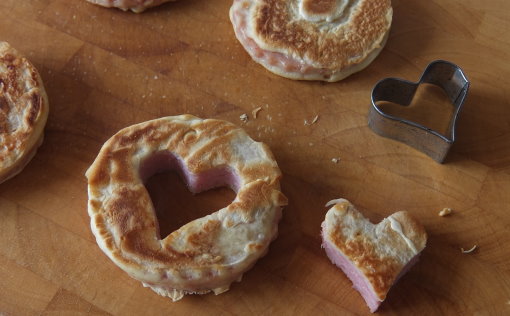 Once they were cooked, I punched out a heart-shaped hole in two of the four fritters. 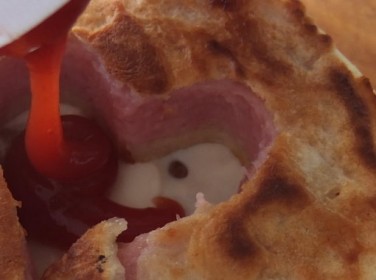 I spread a thin layer of cheese spread on the bottom layer fritter, then added the top one and filled in the heart shaped hole with tomato ketchup.

All done. So here they are: Spammy Dodgers! 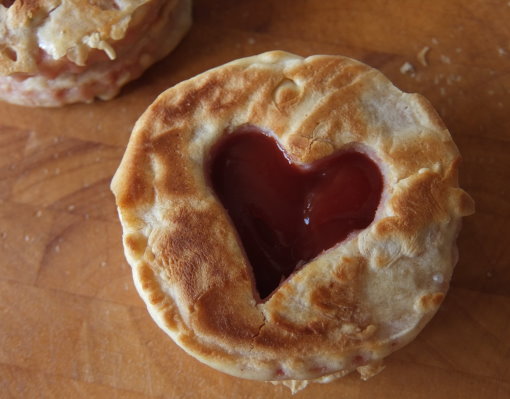 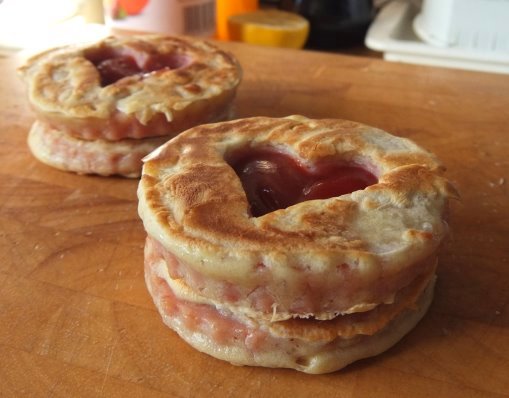 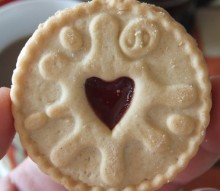 The idea for this experiment came of course from the popular Jammie Dodger biscuit - two thin layers of shortbread-style biscuit stuck together with chewy jam that shows through the heart shaped hole in the middle of the top layer.