My mother used to make these cookies when I was a child - they're loaded with chocolate and raisins and they're crisp, yet soft and slightly chewy - called Chocolate And Raisin Jumbles - and they're altogether delicious. 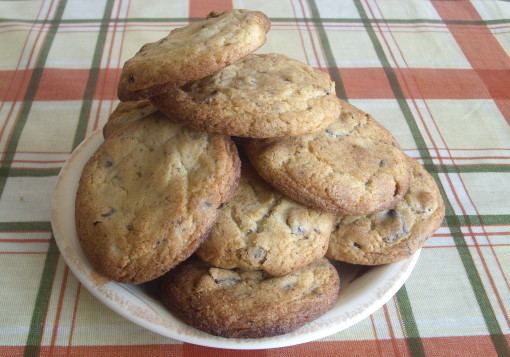 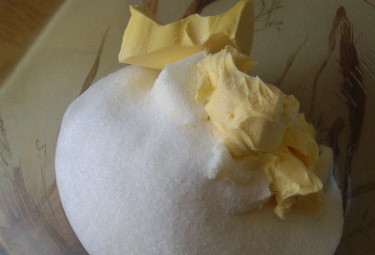 Place the fat (both kinds) and the sugar in a large mixing bowl.

You can just substitute butter for the lard in this recipe, but the end result won't taste the same, or be quite as crisp. 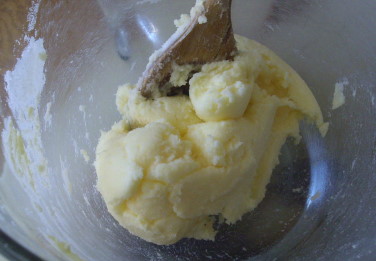 Using a wooden spoon, blend the fat and sugar to a smooth paste.

You may find it sticks in a big ball on the wooden spoon to begin with, so just scrape it off into the bowl and carry on. 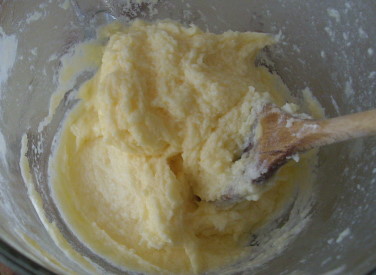 Add the egg into the mixing bowl and blend with the fat and sugar mixture.

To begin with, it may seem like it's not going to mix - just keep going and after a short while, it will take on a soft, smooth batter-like consistency. 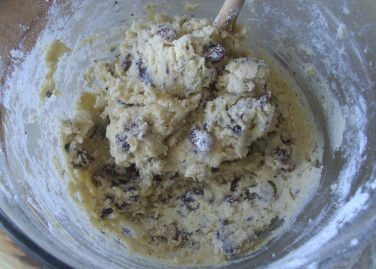 Add all of the other ingredients to the bowl.

Mix with the spoon or a knife until you get a stiff dough - make sure there are no pockets of unmixed dry ingredients at the bottom of the bowl. 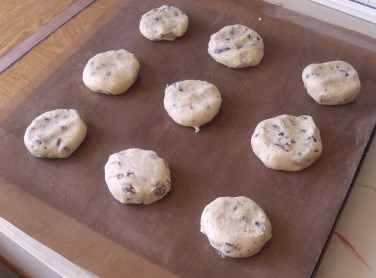 Roll each piece into a ball between your palms - it shouldn't stick - then place it on a greased or nonstick-lined baking tray.

Squash to about half the original thickness.

They will spread to double their size during cooking - allow space for this (or accept that they will all just unite). 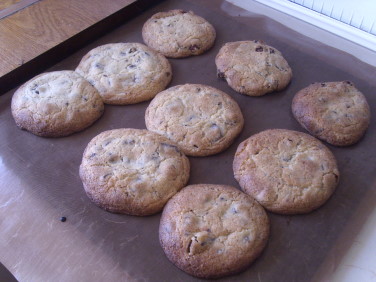 Place in the oven and bake for about 10 minutes. Check after 7 or 8 - once they've started to turn golden brown at the edges, they're done and should be removed from the oven.

Allow to cool for at least 10 minutes before trying to handle them, or they'll just break up.

Stored in an airtight container, they'll keep well for a week at least, but the very best way to enjoy them is while they're still warm and before the chocolate sets.

The Taste Of Childhood

This is another of my childhood favourites - now captured with the kind help of my Mum, and published here so that others can enjoy it.

Yes, really. This is an old-fashioned recipe - using a mix of butter (for flavour) and lard (for crisp baked texture) is not at all unusual.