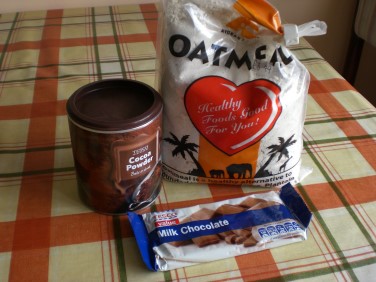 To read more about the original D Ration, take a look at this page on Wikipedia.

The ingredients for D Rations are meant to be: Cocoa solids, milk powder, sugar, oat flour and vanilla flavouring.

The first three of those can be replaced by a bar of ordinary chocolate - I'll add some extra cocoa powder and some oat flour that I bought at an Afro-Caribbean grocey store. 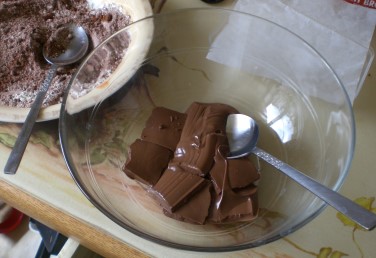 So I melted the 100g of chocolate in a glass bowl in the microwave - then added 100g of oat flour, mixed with two tablespoons of cocoa powder and a few drops of vanilla.

The mixture was quite stiff, so I used two spoons to mix and chop it together. 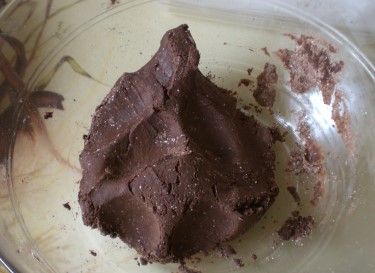 Before long, the mixture became a firm squashy dough.

This, I understand, is quite normal.

When these were first made in the 1930s, the machinery to mould them had been designed to handle liquid product, but as it turned out, they had to be kneaded and pressed into the mould by hand. 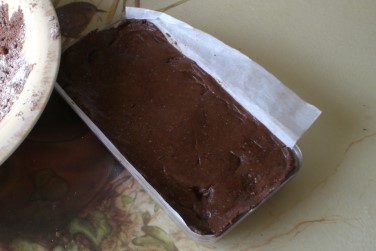 I wanted a mould that was more or less the rounded bar shape of the original bars - The lid from a box of Ferrerro Rocher is perfect.

I lined the mould with a strip of greaseproof paper to make it easier to remove the end product, then pressed the doughy mix into it.

Then I put it in the fridge - it took a couple of hours to set. 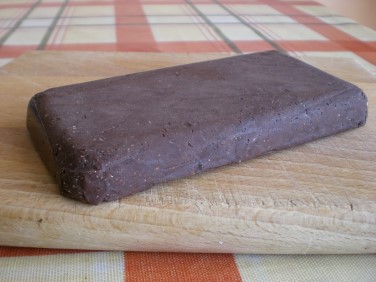 Once set, it turned out perfectly and the greaseproof paper just peeled off.

Well, it looks the part, but what does it taste like?

It's hard, crumbly and dryish - it doesn't melt in the hand (or the mouth, really). The flavour is rich and bitter-chocolatey. As far as I can tell, from second hand descriptions and my own memories (see below), this is a pretty close approximation of the original military D Ration. 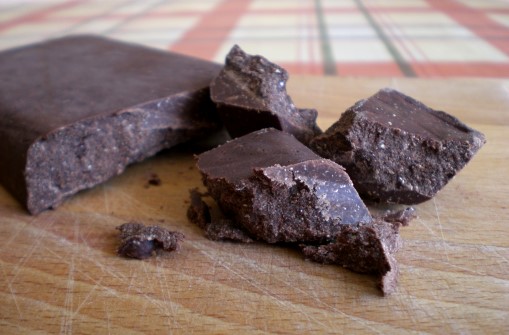 My Experience Of D Rations

Here's a weird thing. I've eaten D Ration bars. They went out of production at least a couple of decades before I was born, but I'm certain I've eaten one.

Back in the early 1970s, my father was posted to Cyprus in the RAF - I distinctly remember him bringing home a bar of 'survivial chocolate' one time.

It was a thick, crumbly bar of dark red-brown chocolate, rounded at the ends and with a flavour that was rich and a little harsh and bitter.

I know that after the discontinuation of the D Ration bar at the end of WWII, production continued of an alternate product called the 'tropical bar', which was also resistant to melting, but because of the addition of edible wax - I'm sure what I had was not the tropical bar.

So... as far as I can tell, it has to be one of a couple of different possibilities: