I find lost or discarded money on an almost daily basis. What can we do with this income stream? I fancy something a little bit enriching - so I'm going to use it to expand my library.

October 2011 - following on from the enormous success of Project Ebenezer, I continued to find lost and discarded money on an almost daily basis.

After a halfhearted revival of Project Horseshoe (i.e. wasting the money on lottery tickets), I had an appetite for doing something a little more lofty and worthwhile. And this is it - I'm going to buy books. 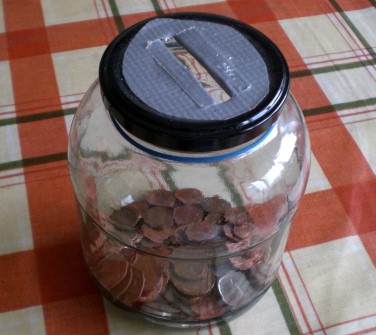 The collecting jar hasn't been empty since I cashed up at the end of Project Ebenezer - I've dipped into it every couple of weeks for a pound or two to buy lottery tickets and scratch cards, but that's a long wait for a train that doesn't come. I must have spent £30 that way, without a sniff of any winnings.

Anyway, that left me at the end of September, with £4.35 in the jar. I had bagged up and banked £2 of coppers, fully intending to spend them on one last crack at the EuroMillions, but instead, a book caught my eye in the reference section in a charity shop.

The price was exactly £2, so I bought that instead - and instantly, an idea blossomed...

I'm going to buy books instead - but not just any old books (see objective below) - and as I build a library, I'll share the journey here.

I'm not just going for any old kind of books here - this wouldn't be Atomic Shrimp if it was just a boring old shopping trip - so let's define the criteria a bit: (NB: these have shifted a bit since first written - scroll down for details)

I'm going to be looking for books that contain - or purport to contain - the entire body of knowledge on their subject. If they make this claim in a grandiose or overblown manner, that's even better.

The more unorthodox the information, the better. If it's also not terribly useful information (despite being comprehensive), that's just great.

Ideally, I want to find in-depth printed works on subjects you might not have expected anyone ever to reasonably write about. Obviously, different people care deeply about different things - if possible, I want to discover, and be surprised by some of them.

I think I set myself too hard a task - even searching online, I couldn't really find much that met all of the criteria above. So I'm expanding the scope a bit - It'll be OK if the books only meet *some* of the criteria above - especially if they're very strongly esoteric or preposterous-sounding.

I'll also be picking up books that promise to teach me something I didn't know I needed to learn. 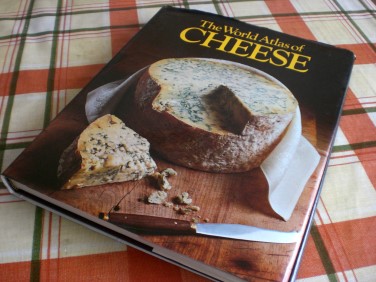 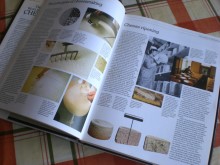 The book is divided into three sections:
Introduction: a comprehensive tour of the history and manufacture of cheese
The Atlas: detailing, region by region, the types of cheese manufactured and their importance to the local economy and culture, as well as the challenges of cheesemaking in the prevailing climate and the special properties of cheeses made there. Interestingly-presented with lots of side-detail, not just a dry list of cheeses from each place.
The purchase, storage and use of cheese: Including tips on how to choose different cheese varieties and what to expect from them, a selection of recipes using cheese, some slightly dated party ideas and a few pages on making cheese at home. 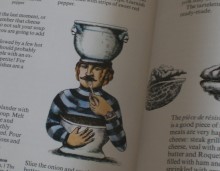 It's an interesting book to browse, rather than to look for something specific. It doesn't by any means cover every single variety of regional cheese, but what it lacks in quantity, it makes up in quality - there's a tremendous amount of contextual information presented alongside the cheese.

The author was assisted in the preparation of the book by more than 40 cheese consultants. I don't know why that's funny, but it is.

The style of presentation is somewhat dated, but the information is still valid and after all, fairly timeless. There are some really weird, almost Monty Python style hand drawn illustrations.

There's £2.35 left in the jar - between now and about the end of October, I'll let that mount up for the next purchase. I'll also try to find time to read The World Atlas Of Cheese in depth - and I'll report on what I've learned.

At the end of October 2011, there was £8.80 in the jar, of which, £4 is in coins large enough to be spent directly without excessive counting at the checkout - there are also at least 100 pennies - so I can bank a pound's worth of coppers. I therefore have up to £5 to spend on the next book...

What I Learned From The World Atlas Of Cheese

I already knew a fair bit about the manufacture and history of cheese - as well as the varieties available, but this book still managed to fill in and broaden many of the fine details - for example, some varieties of Parmesan are coated with a mixture of beeswax and earth, and Greece is (or was) the biggest per-capita importer of cheese in the world. 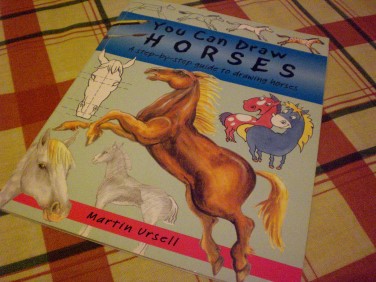 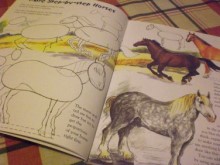 The book details in step-by-step methods, how to draw horses, beginning with simple building blocks to get the proportions, moving on to more and more detail to fill in the features and musculature.

I don't recall ever feeling the need to know how to draw horses before, but this book claims I can do it - so I'm going to try. Of course, I'll put some of the results here. 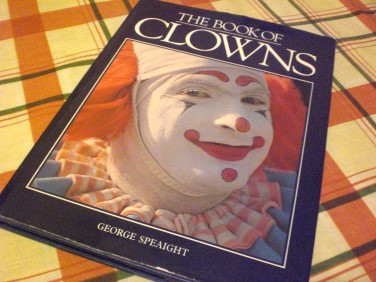 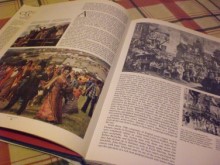 7 chapters detailing clowns and clowning through history and across the world and in modern times. Discussion on the meaning and context of clowning. A wealth of very comprehensive information on this subject

Terrifying. Clowns are evil and scary. At least, that's how I feel at the outset of reading this book. The apparently mocking, leering clown face on the cover makes me shudder.

Time will tell whether it reinforces, or dissolves my prejudice... 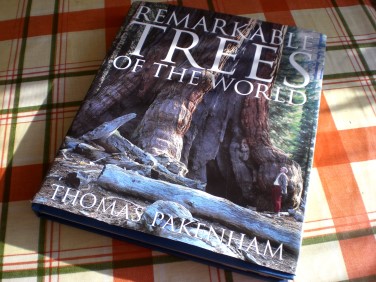 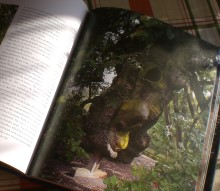 5 chapters detailing a wide variety of trees from around the world that are notable for reasons including their size, appearance, historical or sacred significance, or their rarity or unusual form.

This is actually a fantastic book - the trees really are quite remarkable and their fascinating stories are told with depth and passion. The full-page colour photos astonish and surprise again and again.

Very pleased with this purchase - it's a book to read slowly and savour - to cosy up with and enjoy on a rainy day.

I've been quite busy with other things, so I still have to learn to draw horses and make my mind up about clowns. Also, I'm going to start saving up my found money for something quite specific that caught my eye, which will be the starting point for a new and exciting project, but I can't say more on this until later...

I need to try to get hold of a book called De Romeinse pentagon-dodecaëder by R. Nouwen. It contains detailed descriptions of many examples of a category of archaeological objects known as Roman Dodecahedra - mysterious metal polyhedral things with knobs on and variously-sized holes in them. Nobody knows for sure what was the purpose of these objects - so I want to make an accurate replica to play with...