May 2011 - I found a second hand set of Play-Doh shaping tools in a charity shop for the bargain price of £1.50. The set includes a couple of different extruder tools which have potential for fun in the kitchen. 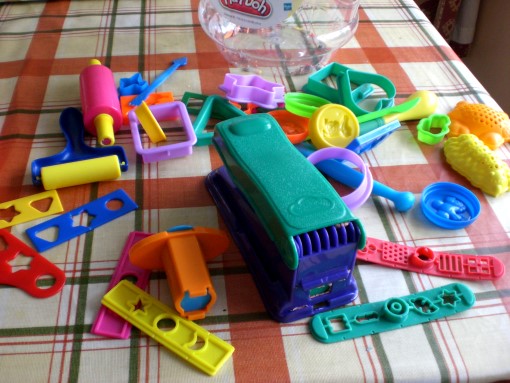 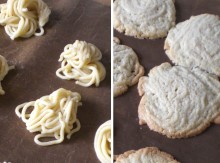 I began by cleaning and sanitising the whole set - it's all hard plastic, so this was easy, although the large extruder tool has a surprising number of small nooks and crevices, considering it's designed to be used with something that is good at getting stuck in them.

I eventually got it all free of dried remnants of dough, then washed, rinsed and drained everything. 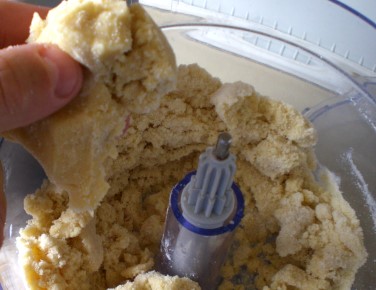 I blended this all together in the food processor until it formed doughy clumps, then turned it out and kneaded it a little. 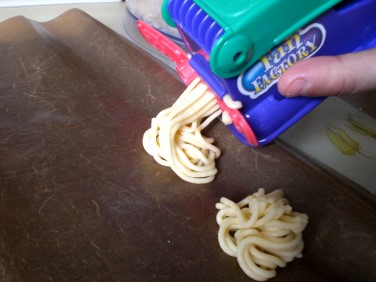 Then I let loose with the extruder, using about a walnut-sized piece of dough each time, and with a sharp knife on standby to trim off the extrusions after squeezing them onto the tray.

I had about a dozen different options available from the shape dies in the set, so I tried them all. 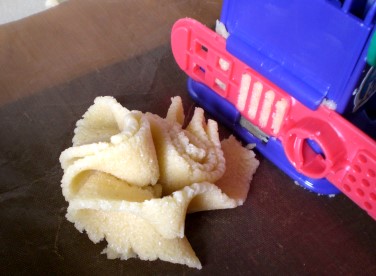 Some of the shape dies offered the opportunity to arrange the extruded pieces in different ways, for example, one produced four thin ribbons - and these could be either left to tumble randomly into a heap, or swirled into a rosette, or concertina-folded, and so on.

The semolina in my dough made it quite coarse and grainy - meaning that for some of the more intricately-shaped dies, the extrusion didn't exit smoothly, but the ragged surface was still quite decorative and regular in appearance, so it just added to the effect..

I baked the shapes in the oven at 160C for ten minutes. 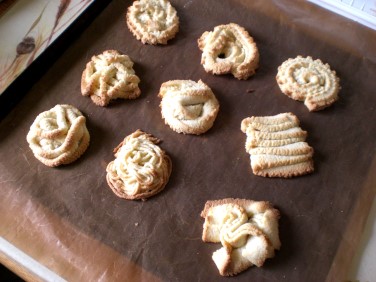 They held their shape very well during baking - just taking on a tinge of nutty brown on the edges and thinner parts.

I left them to cool for ten minutes before trying to handle them. - then I transferred them to a wire rack.

Considering their humble and juvenile origins, I think they look quite posh and grown-up. Some are more appealing than others (the wormy ones just looks wrong, to me). 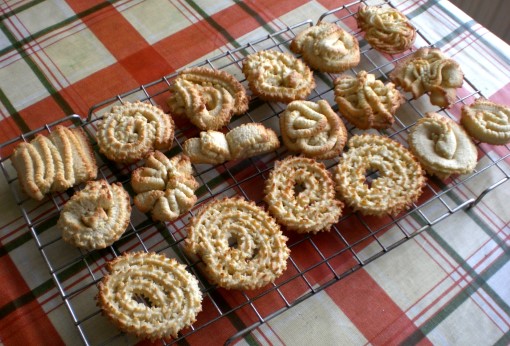 This recipe yielded quite dense, crunchy biscuits - tasty, but a bit too hard to eat on their own. They are brilliant for dunking in coffee or hot chocolate though - because they hold together really well. 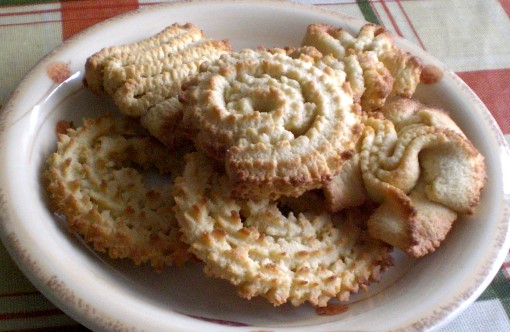