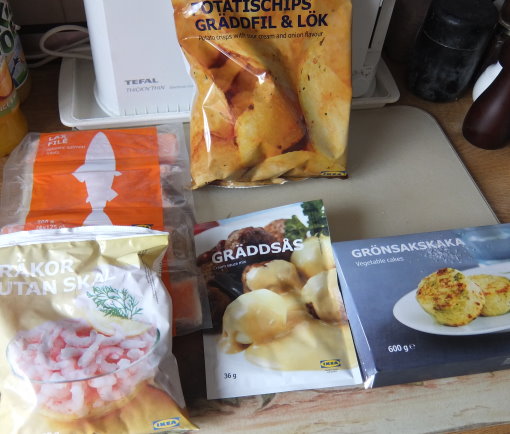 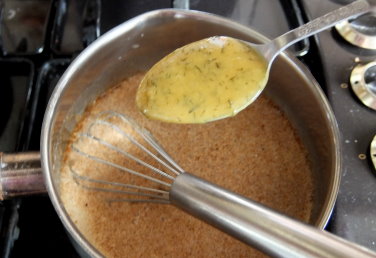 The directions for making up the cream sauce called for water and double cream, but I just made it up with all milk.

I added two tablespoons of the dill sauce and whisked it over a gentle heat until it thickened. 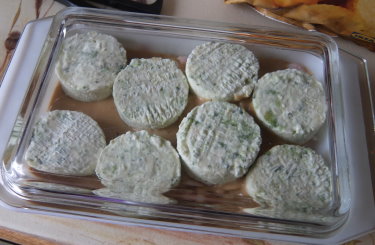 I broke three of the salmon fillets, still frozen, into chunks; arranged these in the bottom of an ovenproof dish and tipped the shrimps (also still frozen) on top.

I added the sauce, then placed the 8 vegetable medallions on top. 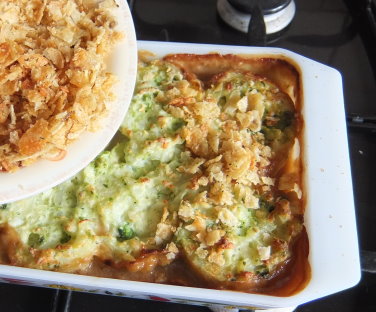 After baking, the vegetable medallions had crisped up a little on top, as well as expanding out to form almost a solid layer on top of the dish.

I smashed up about three quarters of the bag of crisps and scattered them over the top.

I returned the dish to the oven for a further 10 minutes while I prepared some vegetables to serve with the fish pie.

Pretty good - a really tasty and satisfying fish pie.  Maybe a tiny bit on the salty side (the sauce is like a rich gravy).  The dill sauce makes this really delicious and the mixed potato and vegetable medallions make an excellent topping. 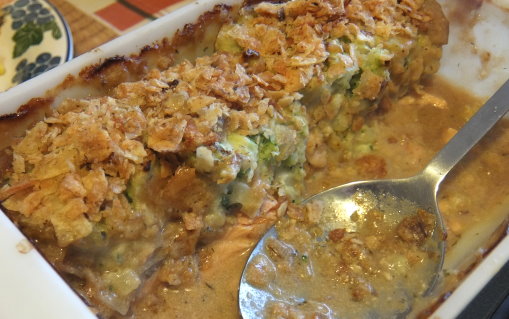 Possibilities Within A Limited Scope

This is the first of my attempts to assemble IKEA foods into something a bit different from what they were intended to do - I think this one was a bit obvious, but I intend to try for more creative and surprising results in future attempts.

Although the food products in the IKEA Swedish food market are all of excellent quality, it's a fairly small range, so we will have to apply extra creative effort and finesse...