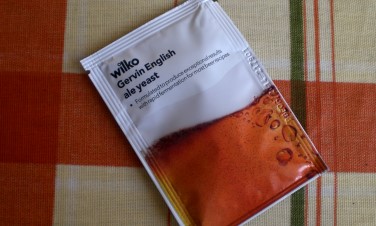 Ideally, I'd have liked to start off with a sample of living yeast scooped out of the bottom of a cleared brew (and I'll try this sometime, but I didn't save any from my recent beer experiment.

So I bought a sachet of beer yeast - a strain named Gervin. 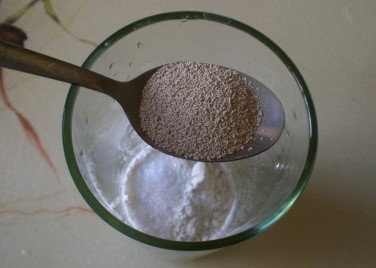 I mixed a teaspoonful of the dried yeast with two tablespoons of plain flour, one teaspoon of sugar.

I added enough cooled boiled water to mix up a thin paste in a large tumbler, which I covered with plastic film and left for an hour. 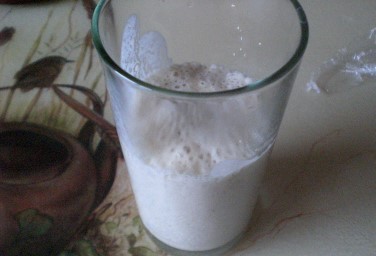 It frothed up quite vigorously, so I used it to make up a batch of simple bread dough with it (450g flour, 300ml water)

This was late at night, so I left the dough to work overnight in a large covered bowl. 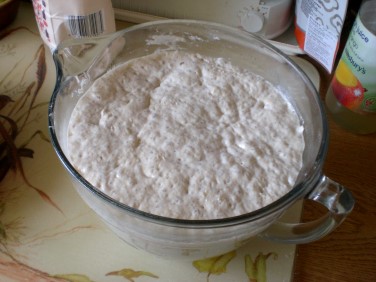 The following morning, it was very lively.

I kneaded it a little, then put it in an oiled loaf pan and covered with a clean cloth. 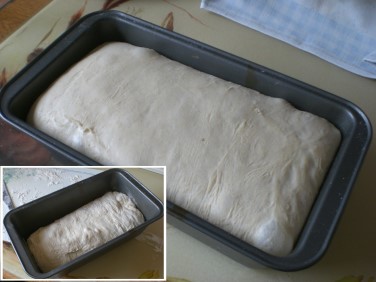 It took a couple of hours to prove - this is longer than I would normally expect for bread yeast, which is surprsising, given the very fast start. 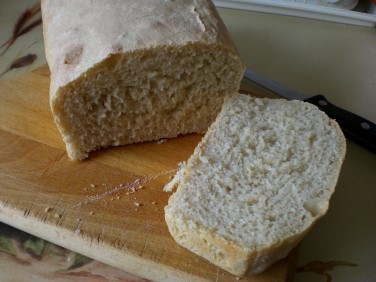 The end result was a nice even-textured, spongy loaf.

It doesn't look exactly its best in this picture, as I couldn't resist cutting it whilst still warm.

Not bad - really not vastly different to bread made with regular baking yeast - the crust was perhaps a little more flaky and crisp, but that's probably attributable to the overnight initial working and the long proving time.

There's a subtle (possibly subjectively imaginary) fruity aroma - other than that, it's not significantly different - I was expecting something a bit more dramatic - still, it's not a disappointment, as this is a nice loaf. 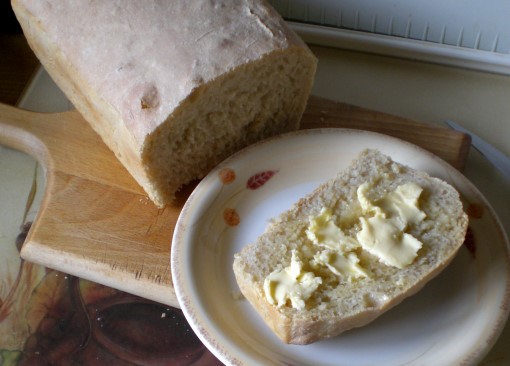 The beer yeast began working very fast - and I'd say the aroma was a little different whilst working - there was a fruity, tangy aroma to the raw dough.

But the chief differences between beer and baking yeast strains would probably be more noticeable if this experiment was reversed - that is, if I'd tried to make beer using baking yeast (I'm going to try this sometime) - beer yeasts work fast and keep going even as the alcohol content rises, then they clump together and settle out. I'm not sure a bread yeast will do that so reliably.