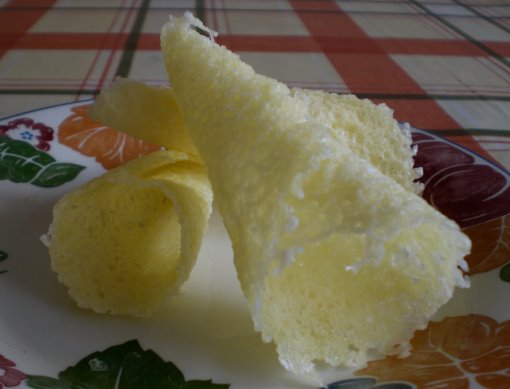 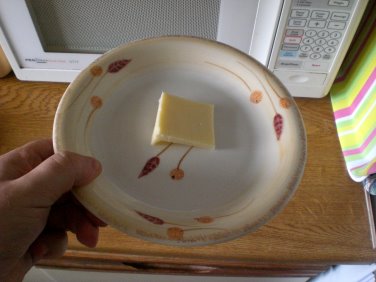 Start with about 15 to 20 grammes (about half an ounce) of hard cheese - I used mature cheddar.

Place it in the middle of a plate and put this in the microwave for about 45 seconds. 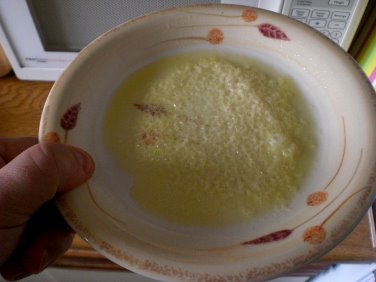 The cheese will melt and spread into a rough, bubbly disc - be careful - it's really hot.

If the cheese sags or runs when the plate is tilted, it needs a little longer in the microwave - give it 15 or 20 more seconds.

If it seems firm and is perhaps turning a little golden at the edges, it's ready for the next step. 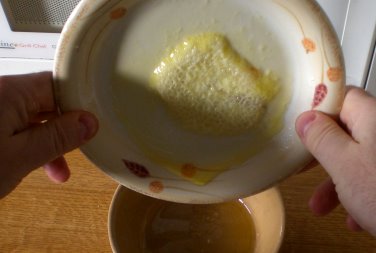 The fat in the cheese will have separated from the solids - this is good and is exactly what we want.

Tip the fat off into a bowl - this is essentially butter, but with a delicious cheesy taste - so there's no need to throw it away - it can be used in sauces, or on baked potatoes - or any other savoury context where you might want a little butter. 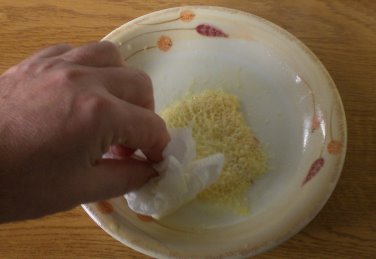 Not all of the fat will run off though.

Blot the rest away with a piece of absorbent kitchen paper.

Now the cheese is quite dry - this is actually not a bad recipe in terms of dietary fat. 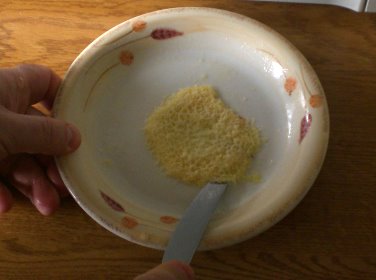 Carefully slide a table knife under the melted patch of cheese - it should lift away in a single, lacy piece - although it is quite fragile.

The wafer will remain pliable only for a minute or less - so the next bit needs to be done quite briskly. 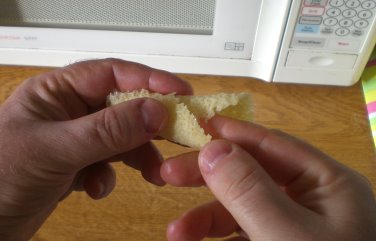 Form the wafer into a cone with your fingers.

For perfect cones, you could form them around a metal form intended for making cream horns.

Hold the cone in shape for a little while until it sets, then put them aside on a plate or rack to cool. 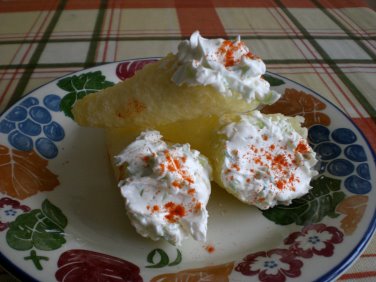 They can be stuffed with savoury fillings - I used cream cheese mixed with shredded spring onions and garnished with a sprinkle of hot paprika, but a finely-chopped dressed salad would also be nice, or slivers of avocado with salsa.

Alternatively, the cheese wafers can just be left flat and served as crackers - ideal if you want to serve a cheese course for guests who require a gluten-free option.

The Rewards Of Experimentation

These cheese wafer cones are the result of idle experimentation that arose out of simple curiosity - it turned out to have very interesting results on this occasion.

It's possible to make quite a lot of these in a fairly short time once you get into a routine just by using two plates - one plate can be cooking in the microwave while you deal with the previous one.