« Drink Can Tinwork - Using A Sledgehammer To Crack A Nut » 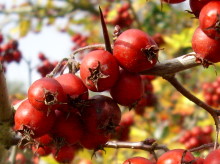 October 2008 - There have been a few frosts now and it's changed the wild food landscape a bit. There are still wild fruits that are now just reaching the right moment to pick - including some of the relatives of common Hawthorn. 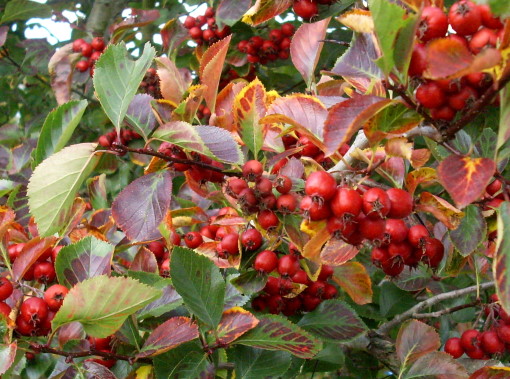 What is Cockspur Thorn?

Crataegus crus-galli - a small-to-medium sized tree with oval, toothed leaves and bright red fruits about 10mm in diameter. It's native to North America, but is quite frequently planted ornamentally in parks and urban green spaces. 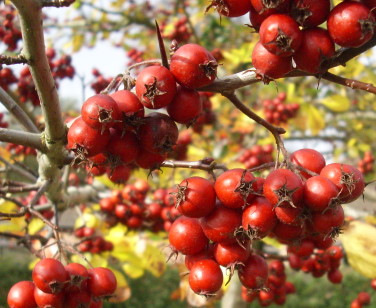 The branches are armed with impressive, needle-sharp thorns up to 50mm long, although there are thornless varieties that are sometimes planted. 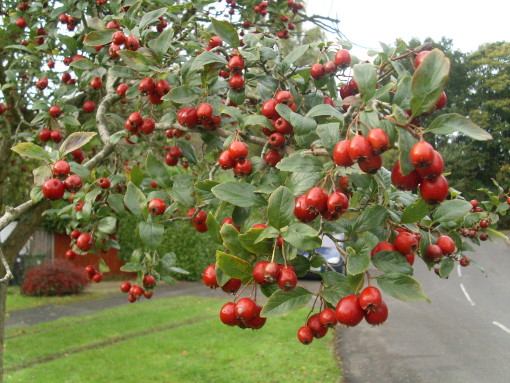 What is Roman Hawthorn?

Crataegus aemula - A tree very much resembling common hawthorn when seen from a distance, however, a closer examination reveals the differences - the leaves are simple ovals in shape and are thick, leathery and creased. 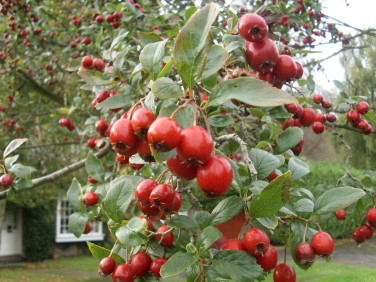 But the most conspicuous difference is the fruit, which is bright scarlet, glossy and big - up to 30mm in diameter and resembling a small apple.

It's not always a great idea to pick wild foods growing right by a roadside, but this is a quiet residential street that receives only occasional traffic, so it's fairly clean.

I tasted one of these raw - they're exactly like ordinary Haws.

Picking And Using These Fruits 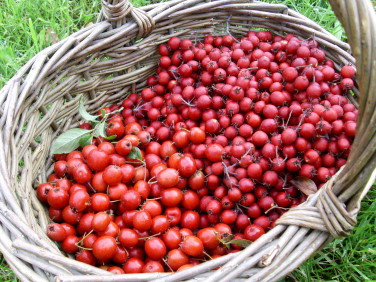 The fruits are large, borne in convenient clusters and separate easily from their stalks - it took me only about fifteen minutes to pick a couple of kilos into my basket. (Cockspur haws on the right, Roman haws on the left)

They're significantly more fleshy than common haws, so they ought to yield a good quantity of fruit pulp. 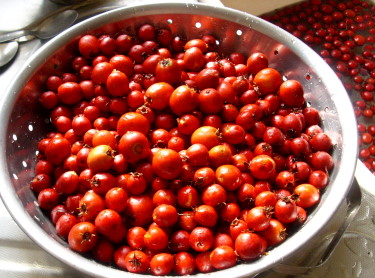 I'll probably use them to make some kind of savoury sauce or ketchup, but I don't have enough time (or empty bottles) at the moment, so I just washed, destalked and picked over the fruits, then bagged and froze them for later.

Freezing will probably help break them down and permit a better extraction of pulp and juice when I get around to cooking them.

Update November 2008 - Lots of people have reported a severe shortage of sloes this year - I managed to find enough to make one batch of sloe gin, but many have not been so lucky.

I had been idly wondering whether haws would be a suitable fruit for this kind of treatment - they do share many common attributes with sloes - being bitter, tannic, but fruity.

I looked in a few of my wild food books and the idea seems confirmed - Roger Phillips book Wild Food describes the liqueur as 'excellent' - so I think it's worth a try.

This is an experiment, so I'm not going to commit a full bottle of brandy - only about 300ml or so, measured out into a small bottle (that I'll save for the finished product). To this, I'm adding about three tablespoons of soft brown sugar, a few handfuls of my frozen Rome and Cockspur haws, plus a good bunch of very ripe common haws 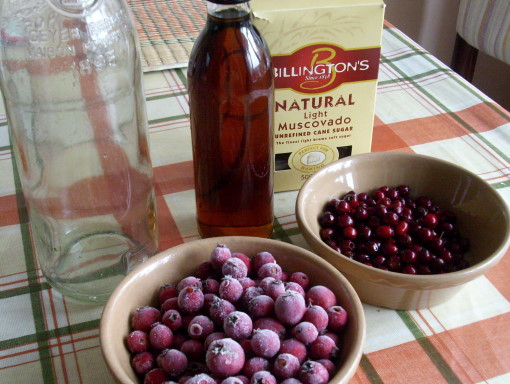 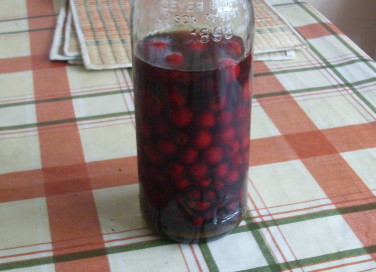 I washed the fresh haws and dropped them into a large bottle along with the sugar and the frozen fruits (you always need a larger bottle than the one the liquor came in - because of the added volume of fruit).

The brandy was poured in and the whole lot was gently swilled around to dissolve the sugar. 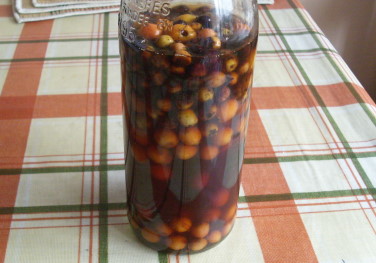 Weird. A couple of days later and the larger haws have turned from red to yellow - the colour has either been leached out into the spirit, or chemically altered somehow.

One thing I did realise - I haven't pricked the fruit like I would have done for sloes - I'll have to improvise with something long and pointy, I think. 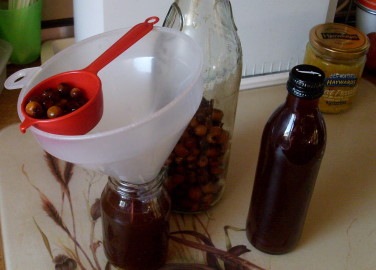 Late December 2008 - the haws have been steeping in the liquor for about two months now - time to take them out.

I strained the liquor into the bottle, there was more liquid than I started with - presumably a combination of juice from the fruits, plus the volume of the added sugar. It's cloudy at the moment so I will leave it to settle before finally decanting just the clear liqueur.

That's It For Now

I'll update the page again when it's completely finished - I did taste a little at this stage though - and it's quite incredible! - the liqueur has an intense, fresh apple/marzipan flavour, with other fruity notes that are difficult to adequately describe - a bit like ripe banana, but different...

The bottle lurked forgotten at the back of my cupboard for a year and a half - during which time the mealy sediment has settled out of suspension, leaving a brilliant rich amber liqueur.

The flavour has mellowed to a velvety-smooth, yet complex and fruity, warm sweetness. Maybe I should have made more.