It's been a long time coming, but it's finally here - the new Atomic Shrimp Website. Sort of quite like the old one. 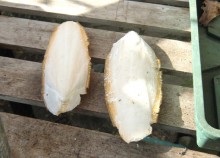 My daughter is working on an art project related to postal services and asked for my help with a bit of metal casting - this seemed like an ideal opportunity to do something I have heard of, but not yet tried - pewter casting into cuttlebone moulds. 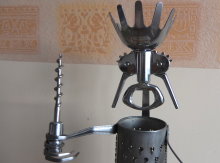