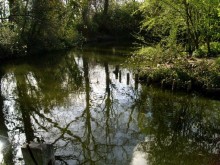 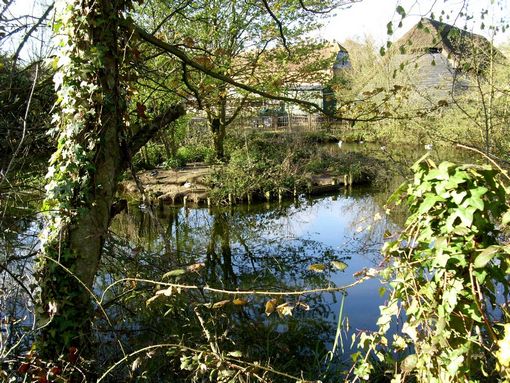 This unassuming little duck pond is mentioned in The Domesday Book.

This little duck pond is quite likely over a thousand years old!

For some reason, I found that knowledge really striking - I've been to places where there are impressive ancient monuments that are very much older - this is just a little piece of ordinary mediaeval everyday life - and maybe that's why it affected me in that way.

It's not an important place or, significant or even particularly impressive (although it's nice enough), yet it's still here. 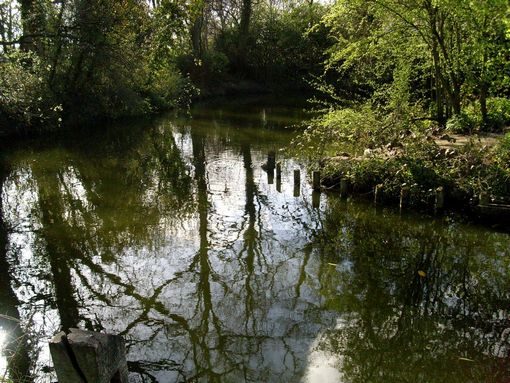 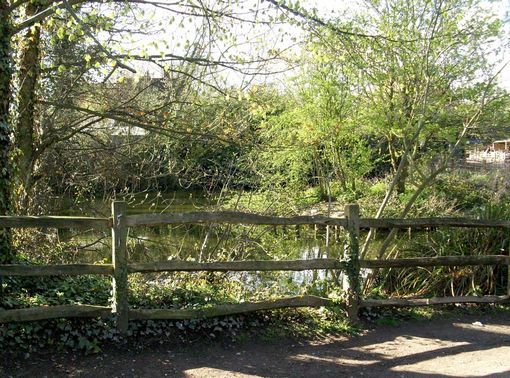 There's quite a variety of interesting stuff at manor farm Country Park - large areas of woodland, open grassy areas with picnic tables, access to the Hamble river estuary (including a pontoon jetty that's good for crabbing), the historic farm, a working blacksmith's shop... but I won't try too hard to describe it any further - as it has its own website.

Here is a Google Maps link for the farm site.

Manor farm is part of the old village of Botley (the more modern parts of the village having developed mile or so to the north).
Take a look further down the page - detailing the Domesday Book entry.

There's no other explanation for it. I mean, you wouldn't know it to look at me - a slightly overweight, unshaven, balding 40 year old man, but I am actually a fairytale princess!

Why? Well - I visited Manor Farm early in the morning (12th April 2008) to take these photographs. When I took the camera away from my eye, I was surrounded by wildlife!

And don't just mean there were a couple of animals about. They came right up to me - all at once! - a robin stood on a fencepost a few feet away - a couple of coal tits alighted even closer - one on the fence, within arm's reach and another on the iron railing right next to my shoulder - too close for my camera to focus.

A blackbird landed on a tree branch a yard or so to my right - a pair of wood pigeons came down out of a tree and walked toward me just the other side of the fence and a squirrel approached along the path. 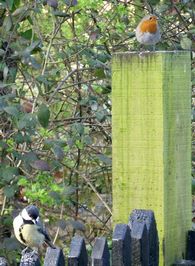 Any one of these things might happen to any individual once in a while, but all at once?

Only happens to fairytale princesses.

...Or maybe someone else has been feeding them every morning and they were expecting me to do the same.

Since writing this article, I had a lovely email from Mrs Earwicker (I think this may be a character name) at the farm, confirming that the wildlife is indeed fed regularly - and that some of the birds will take food directly from the hand.

The Domesday Book is the record of an extensive survey of lands and properties, completed in 1086 for William I of England (William The Conqueror).
Read more about The Domesday Book at Wikipedia 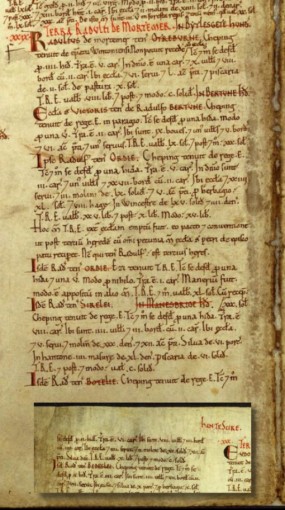 XXIX. THE LAND OF RALPH DE MORTIMER IN 'BUDDLESGATE' HUNDRED
RALPH de Mortimer holds OTTERBOURNE. Cypping held it of the bishopric of Winchester. He could not withdraw from the church. It was then, as now, assessed at 4 hides. There is land for 5 ploughs. In demesne is 1 plough; and 10 villans and 8 bordars with 2 ploughs. There is a church, and 6 slaves, and 50 acres of meadow, and a fishery rendering 2 shillings ; from the pasture, 10s. In the time of King Edward, it was worth 8 pounds ; and afterwards, as now, 100 shillings.

Botley is mentioned at the foot of the page and (inset) at the head of the next page):

So Manor Farm Pond is, I suppose, implicitly mentioned as part of one of the two mills - the other of these, then, would be Botley Mill - which is approximately a mile to the north of Manor Farm, where the modern village of Botley has developed, although as the linked site mentions, there seems a fair deal of controversy and speculation about the original location and identity of all properties mentioned here.