15 February 2009 - having recently started a new job in the city of Portsmouth, I thought it might be appropriate to explore the section of Solent coastline here at Southsea.

We started from Royal Garrison Church, near the mouth of Portsmouth Harbour, walking southeast along the beach and promenade to Southsea Castle, From there, east to South Parade Pier, then back along the edge of Southsea Common to our starting point. 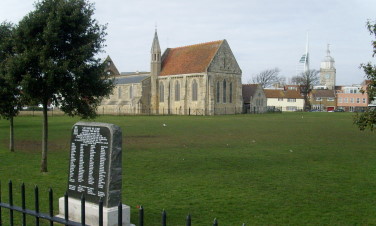 Royal Garrison Church has - since WWII - been a ruin, albeit a remarkably well-kept one.

Open to the public, the church contains a great many memorials of naval and military connection - more details of the site can be found here. 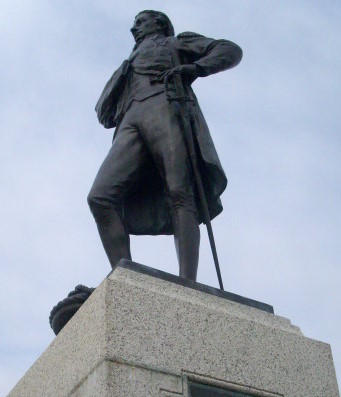 Heading due west from the church (to get onto the promenade), we encounter an imposing statue of Vice-Admiral Horatio Nelson - looking seaward over the mouth of the harbour.

Nelson's flagship - HMS Victory (not visited in this article) is open as a museum ship in the historic dockyard. 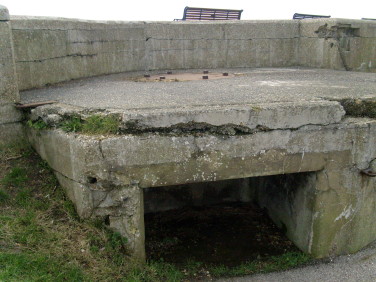 As might be expected, this stretch of the Solent coast is positively steeped in history.

Here, atop a substantial wall of stone and earth, fortifying the Royal Garrison, the remains of a gun implacement - probably last used in WWII. 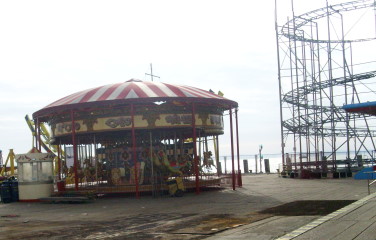 Southeast along the promenade is Clarence Pier - an amusement park with a history going back into Victorian times.

A fast hovercraft service to the Isle of Wight operates from beside Clarence Pier. Southsea beach is a great place to watch all kinds of vessels coming and going, but the hovercraft never fails to impress.

Southsea beach is, like most of the Solent shore, composed of coarse shingle and pebbles, but the broad paved promenade extends along the full length of the coastline here - making it a civilised and accessible way for almost anyone to enjoy a seaside stroll.

From Southsea Castle and lighthouse (pictured above), we walked east along the beach and promenade, to South Parade Pier. 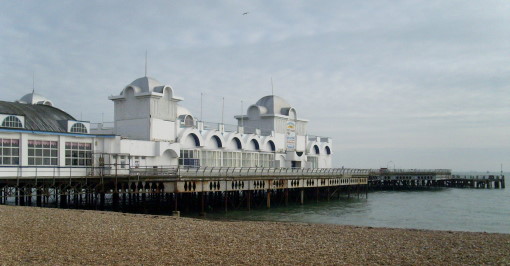 South Parade Pier is a Victorian iron pier with a history of repeatedly burning down and being restored (three major fires since 1879, when it was built).

Picturesque as a piece of scenery, somewhat shabby and run-down, when seen at close quarters, I'm sorry to say.

From there, we headed back to our starting point along the road facing Southsea Common - here are a few of the sights on the return leg...

From South Parade Pier, we moved inland just a little and walked back along the comparatively sheltered avenue facing Southsea Common - here are just a few of the things to be seen:

An avenue of large trees, all leaning comically away from the prevailing onshore winds. Behind the trees, there is a large skate park. 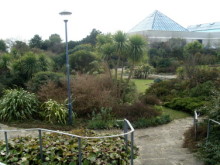 Southsea Rock Gardens - a pretty and well-maintained ornamental garden, planted with many interesting species. Behind it can be seen The Pyramids swimming and leisure centre.

The D-Day Museum - containing interactive exhibits about Operation Overlord, and housing the Overlord Embroidery - an 80-metre long tapestry depicting the story of the D-Day invasion of Normandy by Allied forces in 1944.