April 2011 - I spent a week in Murcia, Spain - one of the very many things I love about this place is the fact that plants known normally to me as cultivated herbs in the garden can be found just growing wild. 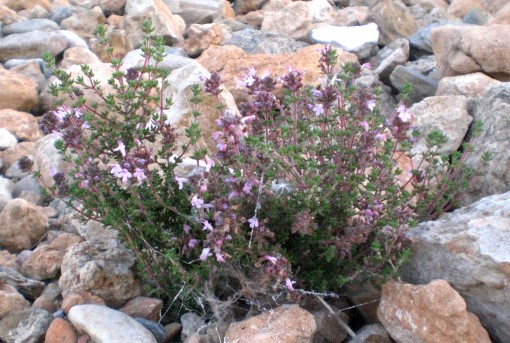 The genus Thymus contains a few dozen species - all rather diminutive shrubs or creeping, wiry plants with small oval leaves and pink, purple or white flowers. All parts of the plant are aromatic in most species. 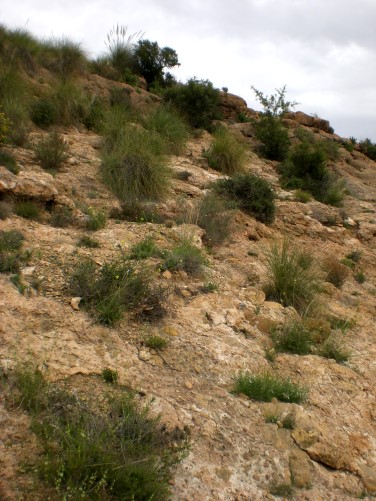 The environment here is classic Mediterranean - dusty semi-arid, volcanic soil - dry riverbeds and jumbles of hills - peppered with wiry grasses, resinous shrubs such as broom and cistus, spiky thistles, cacti and other succulents, and aromatic members of the daisy family such as senecio.

Mixed in with this can be found Lavenders and Rosemary - and generally on the higher and sloping ground, Thyme.

Most of the plants in this kind of environment have some sort of protection against being eaten or grazed - either in the form of thorns or tough woody structures, or in the case of the above-mentioned herbs, aromatic oils that repel (or in some cases, are toxic to) insects. 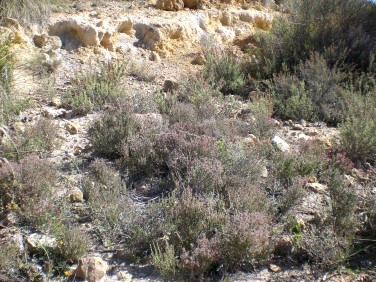 Back home, I'm familiar with Thyme in the form of a very low-growing, delicately-twining plant, often almost hidden amongst rabbit-grazed chalk downland and sea clifftops.

Here though, it's a tough, wiry little shrub with woody stems, leaves that are little more than scales and pale pink-purple flowers. 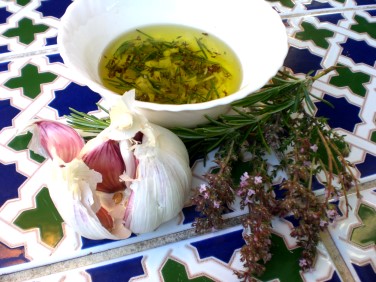 I picked a handful-sized sprig of Thyme, along with some Rosemary and back at the campsite, I chopped these herbs with some garlic and mixed it all up with some good olive oil.

I covered this and left it to infuse while I made up a batch of bread dough. 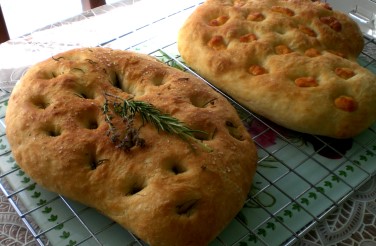 In the warm climate, the bread proved very well and I divided it into two batches to make flattish, focaccia-style loaves - for one of them, I only used the infused oil, along with pieces of cheese. For the other, I made holes all over the top, then spooned in the oil along with some of the herbs and garlic (making sure to push the garlic down into the dough, to prevent it burning during baking.

It was really good - the Thyme adds an almost meaty depth to the flavour and aroma.

Wild Thyme is often not quite so strongly-flavoured as some of the cultivated varieties available to grow in your herb garden (although the Thyme I picked in Spain wasn't lacking in any way). It's a very versatile and tasty herb - a component of the classic Bouquet Garni, it works well with all kinds of savoury dishes, particularly meaty stews, tomato-based sauces and breads and batters.

Thyme can also be used medicinally - the essential oil - Thymol - is antiseptic, antifungal and mildly anaesthetic - it's often found as a component of both commercially-sold and homemade remedies for coughs and sore throats.