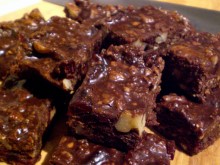 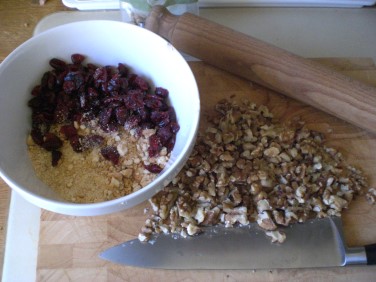 Place the biscuits in a bowl and break them up into coarse crumbs using the end of a rolling pin (or put them in a plastic bag and crush them by hand).

Chop the walnuts and mix them together with the biscuit crumbs and dried fruit. 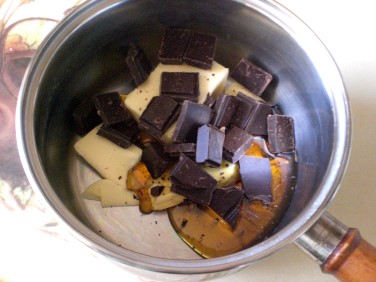 Put the chocolate, butter and golden syrup together in a saucepan and melt over a very low heat, stirring to prevent burning or boiling.

The risk of burning the mixture can be minimised by melting these ingredients in a heatproof bowl suspended over a pan of boiling water, but if you're careful and keep the heat right down, it's not hard to just melt them directly in the pan. 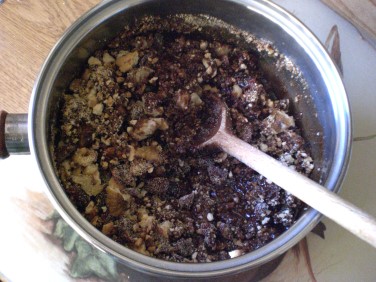 When the chocolate is completely melted, take it off the heat and stir in the dry ingredients - mixing thoroughly to ensure that it is evenly combined and everything has a good coating of chocolate. 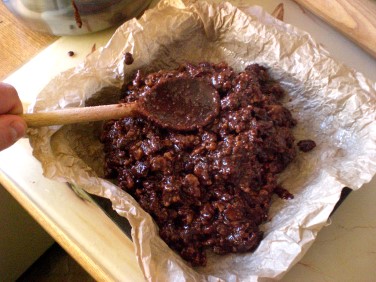 Tip the mixture into an 8-inch square tin lined with greaseproof or parchment paper.

You can get the paper to conform to the inside of the tin readily by crumpling it up in a ball and unfurling several times - after which, it will be full of small creases and will not spring out of place.

Press the mixture down evenly, then place the tin in the fridge to set. Leave it there for at least three hours - ideally overnight. 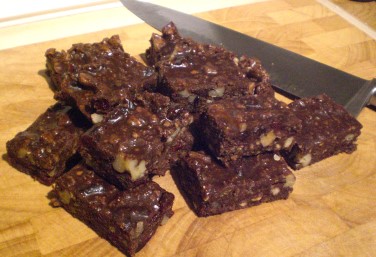 When it's set completely hard, remove it from the tin and cut into pieces with a sharp knife or pizza wheel.

I chose to cut it into fairly small pieces, because it's quite a rich-tasting confection. If they're not big enough, you can always go back for seconds. 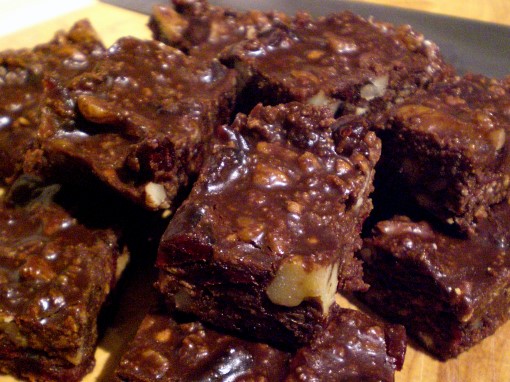 As with many small, intensely sweet things, I find the best way to enjoy them is as an accompaniment to a cup of strong coffee. 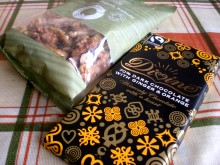 Fairtrade is an interesting concept - it's essentially the notion that there is value beyond the tangible physical value of the product you buy and take home - value in nurturing the grass-roots end of the supply chain.

Fairtrade isn't a charity, it's a business standard - it's a way of trading in such a way as to try to reduce the exploitation of the producers of raw materials - in the words of the Fairtrade Foundation:

“Fairtrade is a strategy for poverty alleviation and sustainable development. Its purpose is to create opportunities for producers and workers who have been economically disadvantaged or marginalized by the conventional trading system. If fair access to markets under better trade conditions would help them to overcome barriers to development, they can join Fairtrade.”

But Is It Fair?

Fairtrade is just a market sector - one that happens to have declared a collection of standards - conceptually no different from, say, the standards that might be upheld by insurers or manufacturers of medicines - except they happen to be standards of ethics.

The real question is probably: Is it fair enough?

But It Costs More!

But nobody's forcing you - Fairtrade is merely one option in a free market - consumers are still completely free to choose whether they believe it represents value for money - and vote with their cash accordingly. 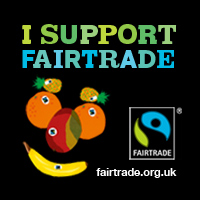