04 August 2008 - with the kids occupied at a summer camp, we decided to head off and walk another stretch of the Solent shore - Stokes Bay to Gilkicker Point

We took a circular route - from Stoke Battery, we walked southeast along the beach past Fort Gilkicker, around the corner up toward Haslar, then turned inland through the golf course and picked our way back through Alverstoke, back to our starting point at Stokes Battery car park - a round trip distance of approximately 4 miles. 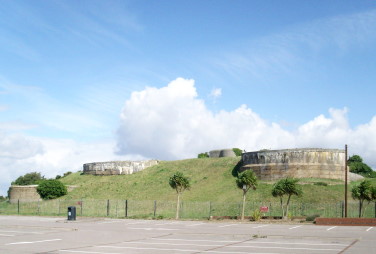 Stoke Battery is a rather enigmatic -looking fortification - a collection of concrete walls, towers and turrets, half-buried in grassed earth banks. beyond it and to the northwest, there is Browndown range - a military area still used for live firing practice (rendering some of the shore off-limits at times).

Looking back along the shore from a little further on, this is found to be a pleasant, but quite unassuming stretch of beach - composed mainly of shingle in a mixture of sizes from large pebbles down to fine yellow-grey sand. 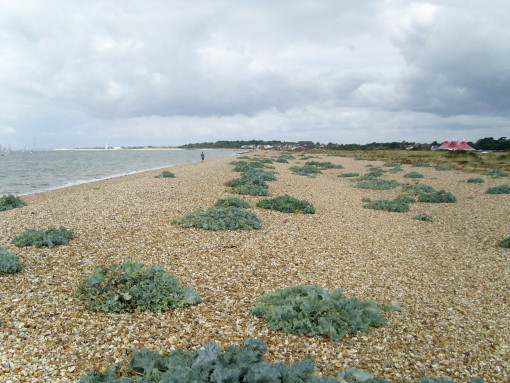 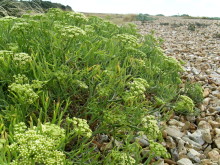 A fairly clean shoreline with very little man-made debris. Only a few shells could be found here, but the upper part of the beach comprises a broad, level band of stony shingle, hosting many fine specimens of seakale, rock samphire, sea beet and other familiar seashore plants. 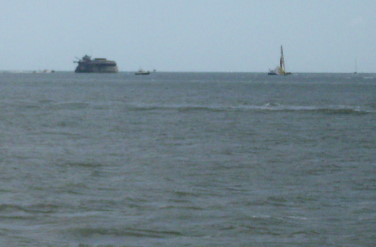 Upon reaching the corner (Gilkicker Point), Spitbank and two other of the Portsmouth Sea forts are clearly visible.

This is perhaps the very best location to visit if you want to watch boats - large and small ferries can be seen heading in and out of both Portsmouth to the east and Southampton to the west - as well as cargo vessels, tankers, research ships and on this occasion - immediately before Cowes Week - many, many yachts and sailing boats of all sizes.

From the beach, the fort appears nothing more than a small hill covered with trees and scrub, but from behind, some of the structures can be seen. the fort isn't open to the public, though. 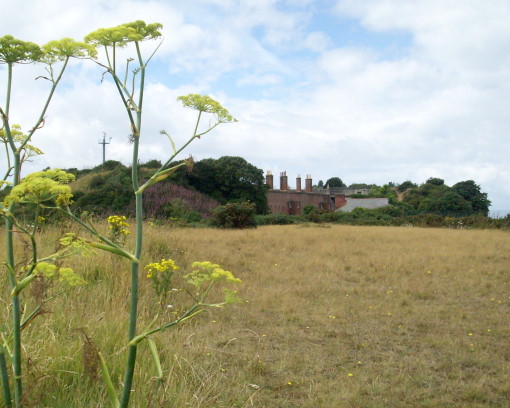 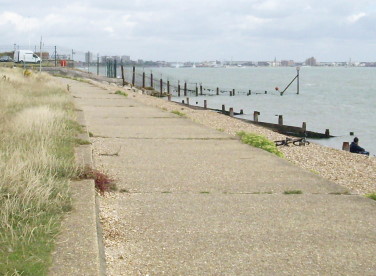 It's not possible to continue along the shore much further than this - there's a fence - shutting off access in front of Fort Monckton (and, I think, the prison that is a little further along). It may be possible to rejoin the shore and walk along in front of Haslar Royal Hospital, but we didn't try this - instead, cutting back inland and back towards our starting point.

From Fort Gilkicker, we turned inland and walked back along the streets past Haslar Royal Hospital and through Alverstoke village - here are just a few of the things to be seen: 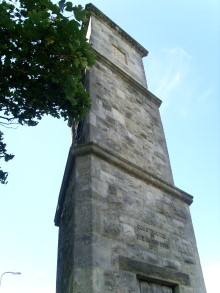 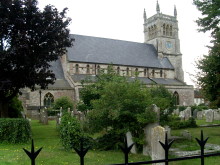 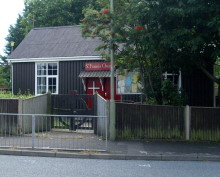