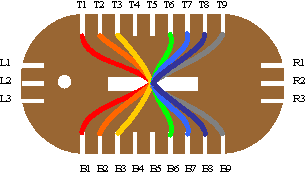 (4 repeats of each main move group, bringing the link threads back to the middle for passing over to the other group). After performing the first few moves after finishing move groups J and K, you will need to pull the link threads tight to close up the braid.