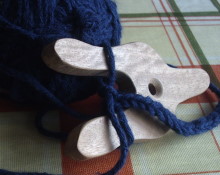 The lucet is a device of ancient origin, used for knitting yarn into strong, slightly elastic cord that has historically been used for many purposes, including lacing clothing

Here's how to use one 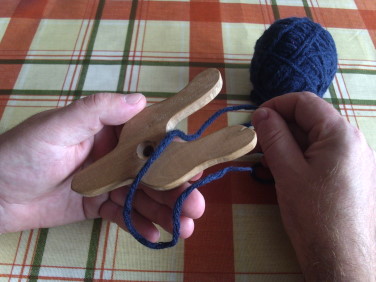 To begin, lay the yarn across the lucet so that the cut end trails downward past the handle - place the working end of the yarn back through the middle of the lucet

(In this tutorial, the 'working end' of the yarn will refer to the main part - with the yarn ball still attached) 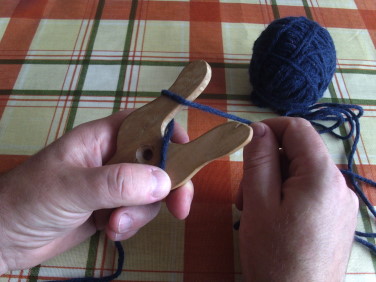 Next, loop the working end around the back of the left-hand prong and back through the middle 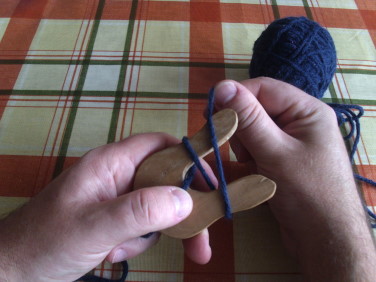 Bring the working end of the yarn across the front, laying it down across the left-hand prong - but above the first loop that is already there 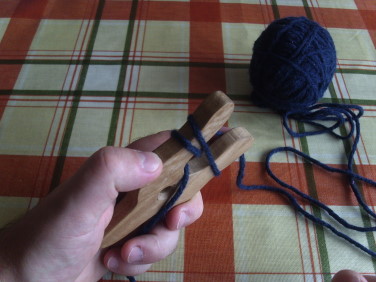 (For later reference, this is the point from which the procedure will need to be repeated) 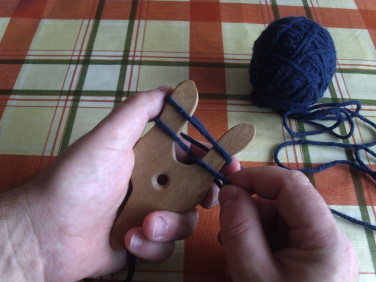 When you've completely turned it over, lay the working end of the yarn across the top of what is now the left hand prong - so you have the original figure-of-eight loop, plus a new strand above it

Take hold of the lower loop on the right hand side 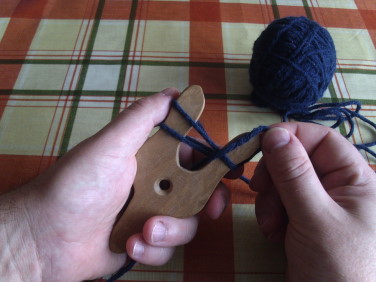 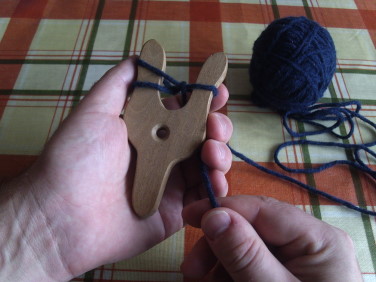 Pull the short end of the yarn tight 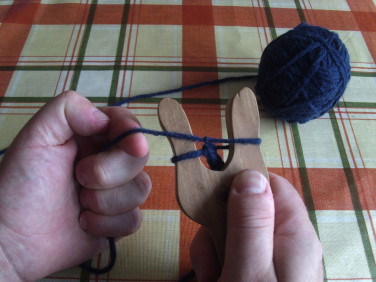 Pull the working end of the yarn tight 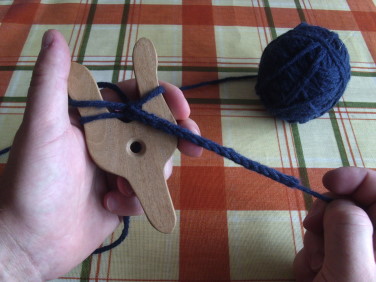 Before very long, the cord will start to develop.

When your lucet cord is sufficiently long, cut off the remaining yarn on the working end (leaving a bit to work with), then thread this cut end through each of the remaining loops on the prongs, then take the loops off the prongs and pull tight

If you need to cut the finished cord, the end may unravel - but this may be prevented by tying a knot in it 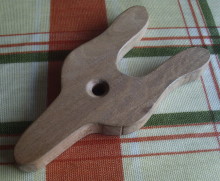 My lucet is a pocket-sized one - I made it from a section of reclaimed hardwood timber from a pallet, cut out with an electric jigsaw, then sanded smooth

The reason mine is this particular, dumpy shape is that it's a spare one left over from a batch someone asked me to make for a school history activity - the shape not only makes it tough and durable, but it conserves timber; I cut many of them out of the same plank - the handle of one was cut out from between the prongs of the next

The hole in the middle of the lucet is optional, but traditional - once started, the cord can be threaded through the hole - this prevents the work accidentally slipping off the prongs if it has to be put away unfinished