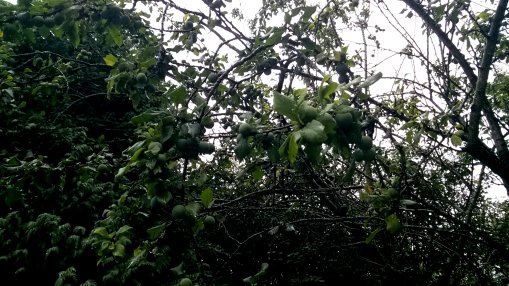 Greengages are a type of plum - Prunus domestica - they differ from many other plum varieties and cultivars in that  they remain green when ripe.

This attribute actually almost made me overlook them - at first glance, they're barely visible against all the green foliage. 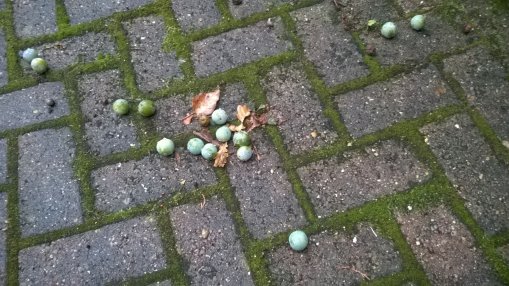 There is one really easy way to be sure we're looking at greengages and not just unripe plums though - take a look on the ground.  They're falling off the tree even though they are green - and an experimental squeeze with a shoe reveals them to be soft and squashy, so they are ripe. 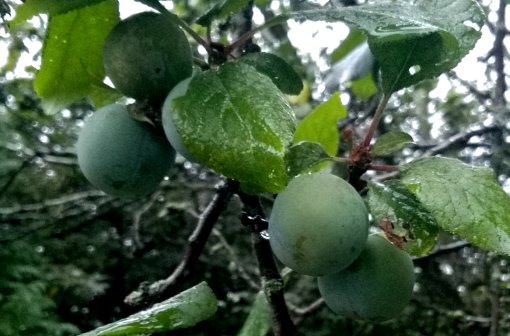 Picking greengages requires a little bit of patience.  The fruits on this tree comprised a mixture of hard, unripe specimens and soft, juicy ones.

It's not worth picking the unripe ones, so it was necesary to test the fruits by pulling each one very gently - if they're ripe, they come away easily.

Another possibility would be to spread a soft cloth under the tree and just shake the branches to dislodge the ripe greengages and leave the rest on the tree for later. 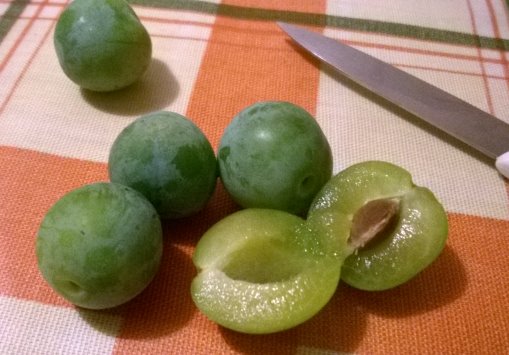 Greengages are widely considered to be amongst the finest of plums and they certainly do have a distinct aroma and flavour.

In this picture, they are still not at the peak of ripeness, so this one was still a little astringent, but once they are ripened, they turn almost transparent and the flavour is quite delightful - aromatic, sweet and honey-like

They are best enjoyed as a dessert fruit eaten fresh - both because of their unique and delicate flavour, but also because the beautiful colour turns a sort of murky yellow if they are cooked into jam, which is a shame.